Skip to content
10:00 am '.$updated_time.'
99
Like what you read? Snap in response! You can snap as many times as you like.
Campus ClimateCultureIdentitySchool for Cultural and Social Transformation
Announcements

Put in a Native Hawaiian context, we are building an academic lo‘i kalo system: an interlocking system of nurturance and tending, such as one finds in wetland taro fields.

The curriculum is part of a larger watershed intended to channel students to a fertile area (the U), where they are guided via ‘auwai (canals) into different academic ponds (lo‘i)—various courses and research opportunities—where kalo (new knowledge) is planted, nurtured and harvested for sustenance.

The students move through the lo‘i system, taking classes in their major while being enriched by the humanistic programming made available by Pacific Islands Studies. Enriched and healthier than when they entered, they finish their (scholarly) path to the ocean, where they come part of a larger ecosystem: the world beyond the U that the U seeks to serve.

— Hokulani Aikau, an associate professor of Gender and Ethnic Studies 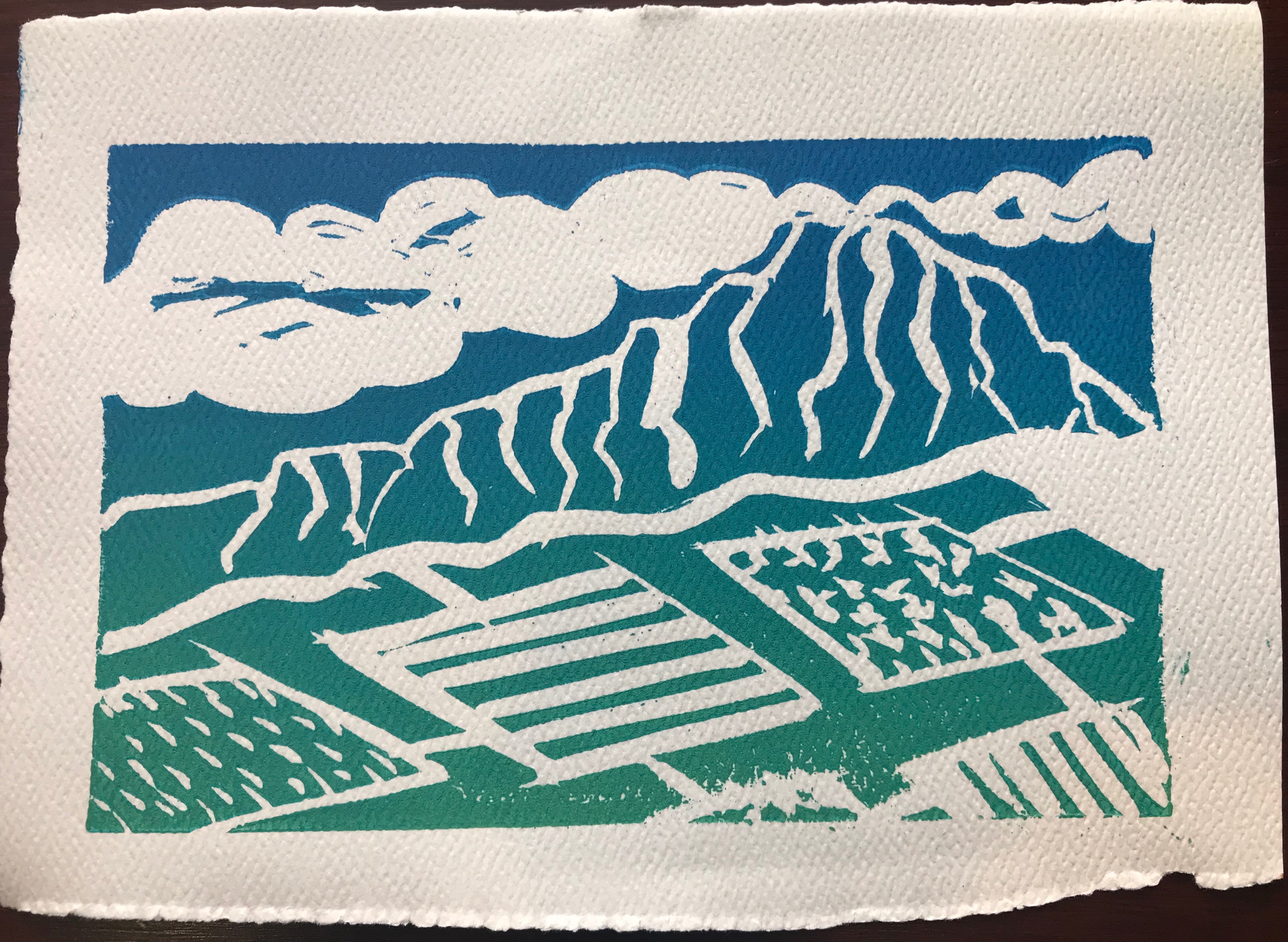 Lithograph of a Lo’i Kalo System

Strong community, resilient history and vibrant traditions are key elements of the Pacific Islands culture. These same elements are the foundation of a Pacific Islands Studies initiative at the University of Utah—and a new $600,000 grant from the Andrew W. Mellon Foundation will allow major acceleration of this effort.

The three-year grant will be used to expand and promote an “academic ecosystem” at the U focused on three goals: recruiting and retaining students who are Pacific Islanders; advancing interdisciplinary and humanistic approaches to Pacific Islander research and teaching; and building meaningful relationships with Pacific Islander communities in the Salt Lake City area.

“The Mellon grant provides us with a substantial infusion of resources which allows the Pacific Islands Studies initiative to develop our holistic plan all at once rather than doing it piecemeal over time,” said Hokulani Aikau, an associate professor of Gender and Ethnic studies. “We strive to make the University of Utah the premier institution for Pacific Islands Studies scholarship in the continental U.S.”

The community is one of the fastest growing in the United States, increasing 40 percent between 2000 and 2010. In Utah, which has a longstanding connection to the Pacific Islands, the increase has been even more dramatic—up 70 percent during that decade.

In fact, the overall proportion of Pacific Islanders in Utah exceeds that of any state in the continental U.S., which can be attributed to history, familial ties and cultural connections. There is a primary reason for the state’s strong connection to the Pacific Islands: missionaries from The Church of Jesus Christ of Latter-day Saints have been active in the islands since 1844 and Pacific Islanders have lived in Utah continuously since the 1870s.

A home for students

At the U, the Pacific Islander population is underrepresented (420 total) compared to the proportion of their population in the region.

“What I suspect is that prospective Pacific Islanders students see the U as beyond their reach,” Aikau said. “It is not a place they can imagine themselves being. The grant allows us to transform the U into a home for these students, where they can make an impact on this place as much as we transform them.”

The U began the groundwork for a robust program that embraced Utah’s status as diasporic home for Pacific Islander communities several years ago. Step one was building an interdisciplinary core of nine Pacific Islander faculty, whose areas of specialization span health, education, history, medicine and social/cultural transformation.

“Our recent goal of hiring a remarkable cadre of Pacific Islands Studies scholars emerged from our sense of responsibility to reflect the growing Pacific Islander community in this state, whose knowledge, wisdom and cultural traditions could help all students understand the essential intellectual contribution of indigenous knowledge to Humanities study,” said Kathryn Stockton, associate co-vice president for equity and diversity and dean of the School for Cultural and Social Transformation.

The College of Humanities also is a major partner in the initiative to develop innovative cross-disciplinary curriculum.

“The Pacific Islands Studies initiative will open new avenues for scholarly research in a number of our disciplines and rich opportunities to pursue scholarship that will be directly engaged with our community,” said Stuart Culver, dean of the College of Humanities.

Next steps, aided by the Mellon Foundation grant, include building a bridge program that will demystify the U for prospective students, particularly transfer students from Salt Lake Community College.

“The timing of the grant is perfect,” Aikau said. “With the hiring initiative complete, we have faculty from across the university to work alongside our staff to create an interdisciplinary program that includes health, social sciences, humanities and education. We want to encourage Pacific Islander students at Salt Lake Community College and elsewhere to see the U as an attainable goal in their educational pathway.”

“We see support of new scholarship as a process of identifying punawai (freshwater springs) that will channel students to the U and enrich their academic careers while simultaneously enriching the field by supporting Pacific Islands Studies undergraduates, graduate students and a post-doctoral fellow,” Aikau said. “We believe that having scholarly opportunities at all three levels models and provides opportunity for growth within a healthy academic ecosystem.”