Skip to content
9:00 am '.$updated_time.'
16
Like what you read? Snap in response! You can snap as many times as you like.
ActivismEquity & DiversityExperiencesIdentityRepresentationSpotlightWellness
Pride   Student Perspectives

It’s Pride Week at the U!

In the spirit of this year’s theme, “Queeroes: Reclaiming Hero”, we are spotlighting some exceptional queeroes in our campus community. In their responses below, our queeroes share what “queero” means to them, their personal queer heroes, how to be a queero, and advice for queeroes like you! 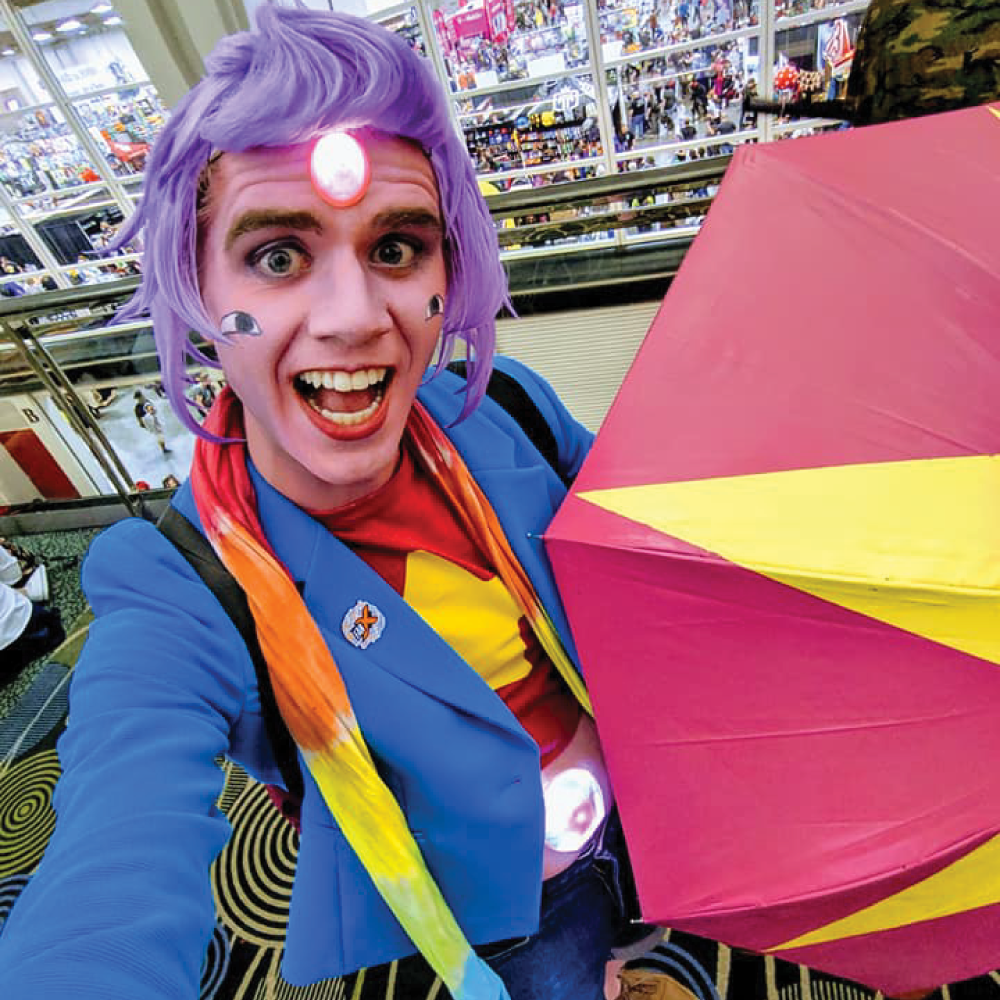 Being a queero means doing the right thing, even in the face of adversity. Alan Turing played a pivotal role in breaking the German Enigma code during World War II and he is considered one of the founding fathers of modern computing, but was also prosecuted in 1952 for homosexual acts. He was gay, and despite living in a time where being so was severely punished, he still sought the betterment of his community. For that, he is my Queero!

Being a Queero can be as simple as being visible. Drag queens have been at the forefront of visibility for the Queer community since the beginning of the gay rights movement. We’ve chosen to host a drag show to highlight this aspect of queer pride.

Being visible can manifest in many ways. Strut your rainbow swag or hold your significant others hand out in public. If you like leather, wear it around! If you are polyamorous, don’t be afraid to talk about your significant others. If you are not quite out of the closet yet, you can stay quietly proud by keeping a smile on your face and letting the inner light of knowing who you truly are, stay bright and warm. You deserve to be seen.

Never ever apologize for who you are. Every one of us is an individual and a unique experience that is worth sharing. Don’t put yourself in a box and don’t label yourself. There’s no one right way to be gay, transgender, or queer. Just be wholly and unapologetically you! 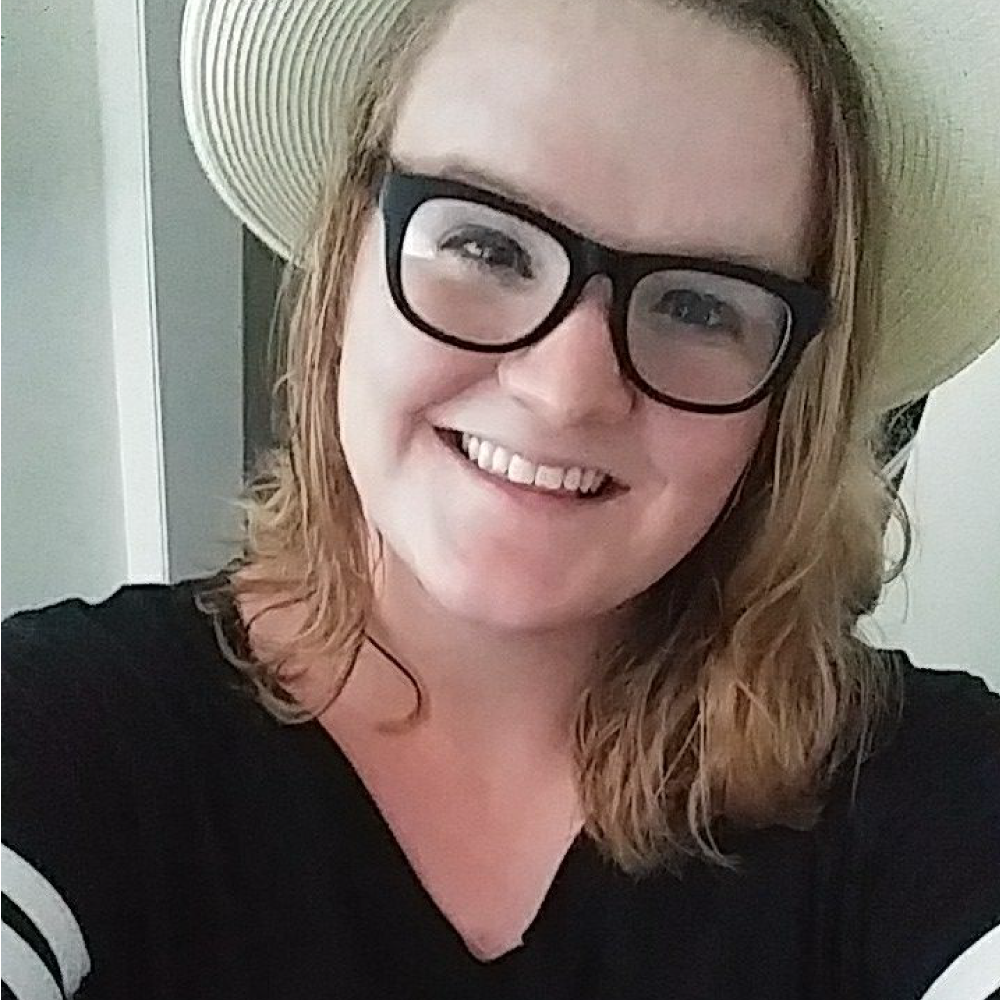 You don’t have to do anything special to be a queero. Throughout history, kicked off especially in our modern times at Stonewall, queer people have fought, marched, and protested as a way to establish their worth and identities. The powerful images of trans women of color shouting in the streets for their rights inspire us to this day. But also important is the quiet courage that it takes every day to exist and live your life as a queer human. Out or not, visible or not, every queer person is a hero and an inspiration. 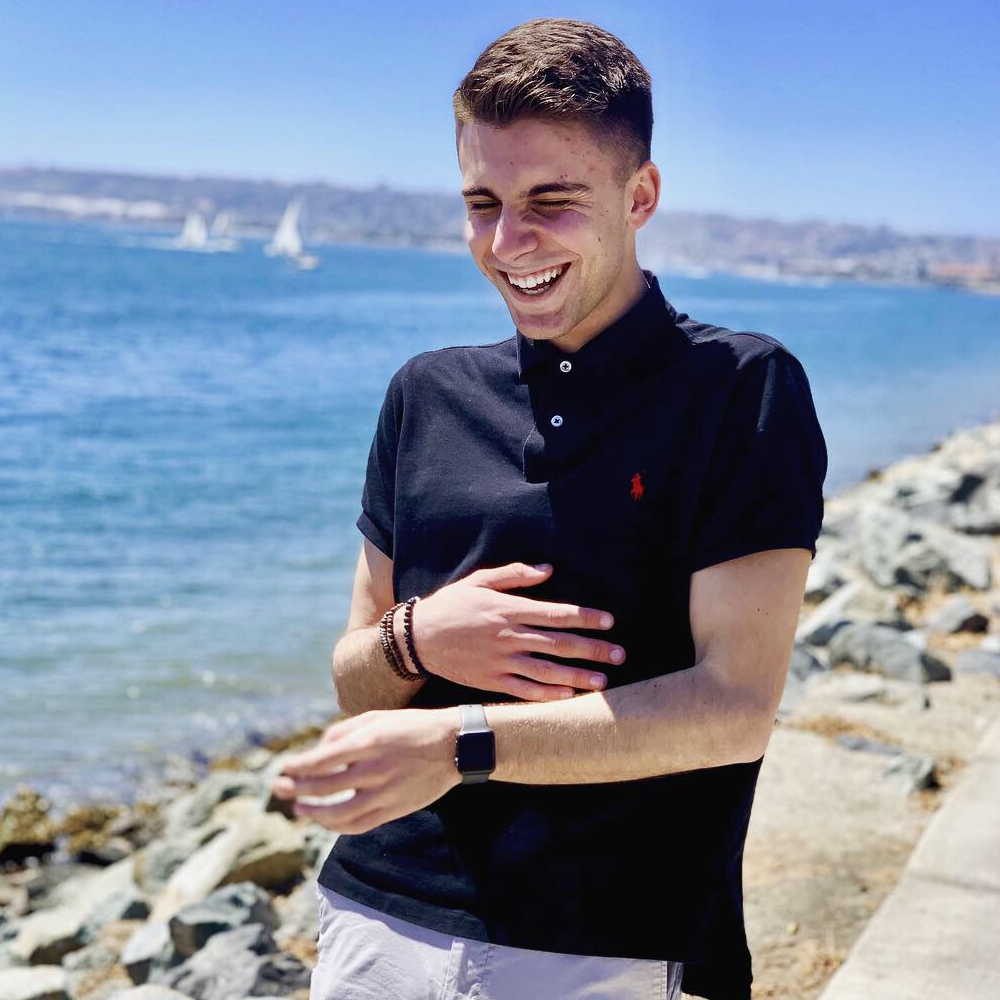 Being a “queero” to me is being someone that attempts to make the community a safer and more inclusive space for LGBTQIA+ individuals. They stand up for queer individuals no matter there differences as they believe in individual differences. Being a queer hero to me means being someone who can see beyond themselves to help the general public. My queero would be Billy Porter, the iconic actor, singer, writer, and director. He is my queero because he continually pushes the boundaries and limits of the perceptions of society. In fashion he challenges typical cultures gender norm and reinforces the importance of owning ones culture. He commonly speaks against the hate and discrimination inside the LGBTQIA+ community.

I think anyone can be a queero as long as they take use their own super power to improve the world around them. They can go to rallies, volunteer with LGBTQIA+ organizations, and even educate those around them — calling out actions or words that could be convinced as hurtful to any oppressed group both internally and externally.

I would say to other “queeroes” that we all need to remember we founded pride ourselves, and the founding principle is love. We need to stop the hate, the racism, the fat shaming, the sexism,…etc. We have the power to take a stand and help make the world an inclusive place for current and future generations. Everyone can help make the world a more inclusive and accepting place. 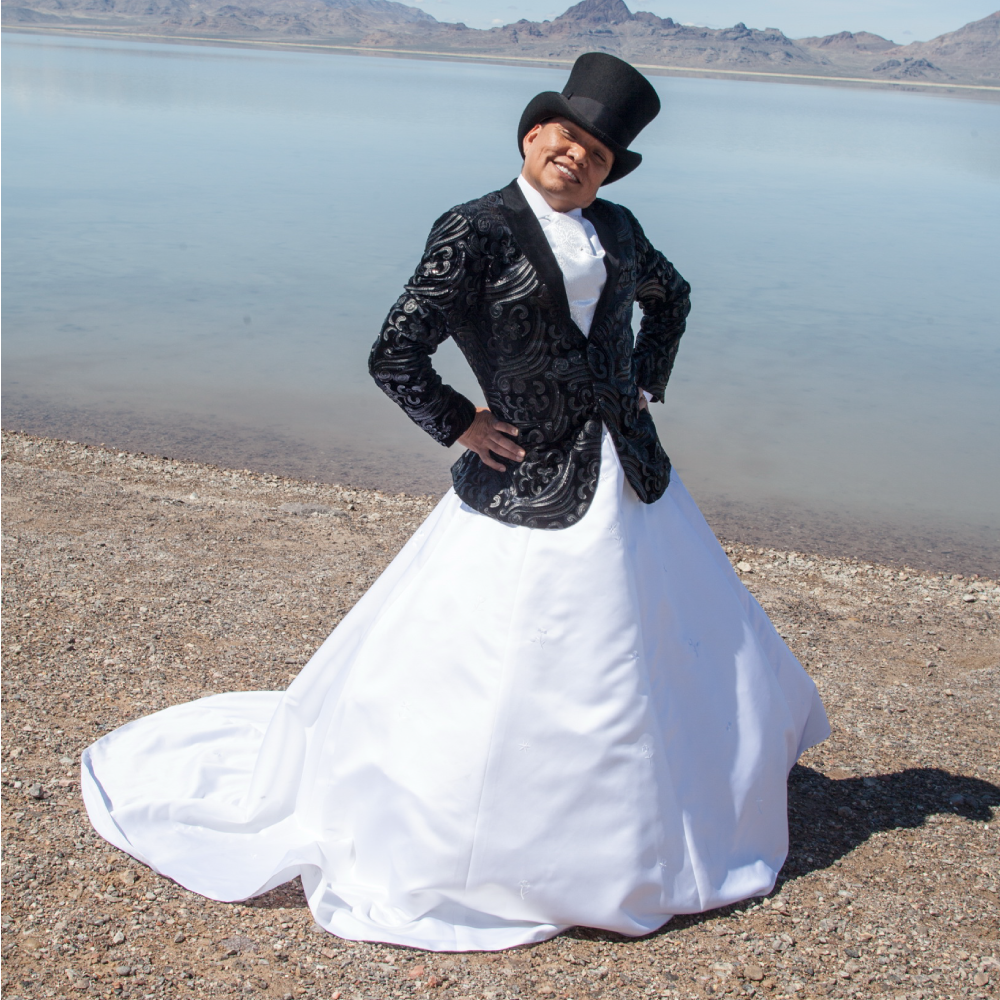 I define queero as an active advocate for the LGBTQIA+ community who works towards inclusion. Jim Dabakis is a perfect example of this — and my personal queero.

A queero can be anyone who is selfless, brave, or speaks out for people(s) who may not be heard.

A Queero’s work is never done. 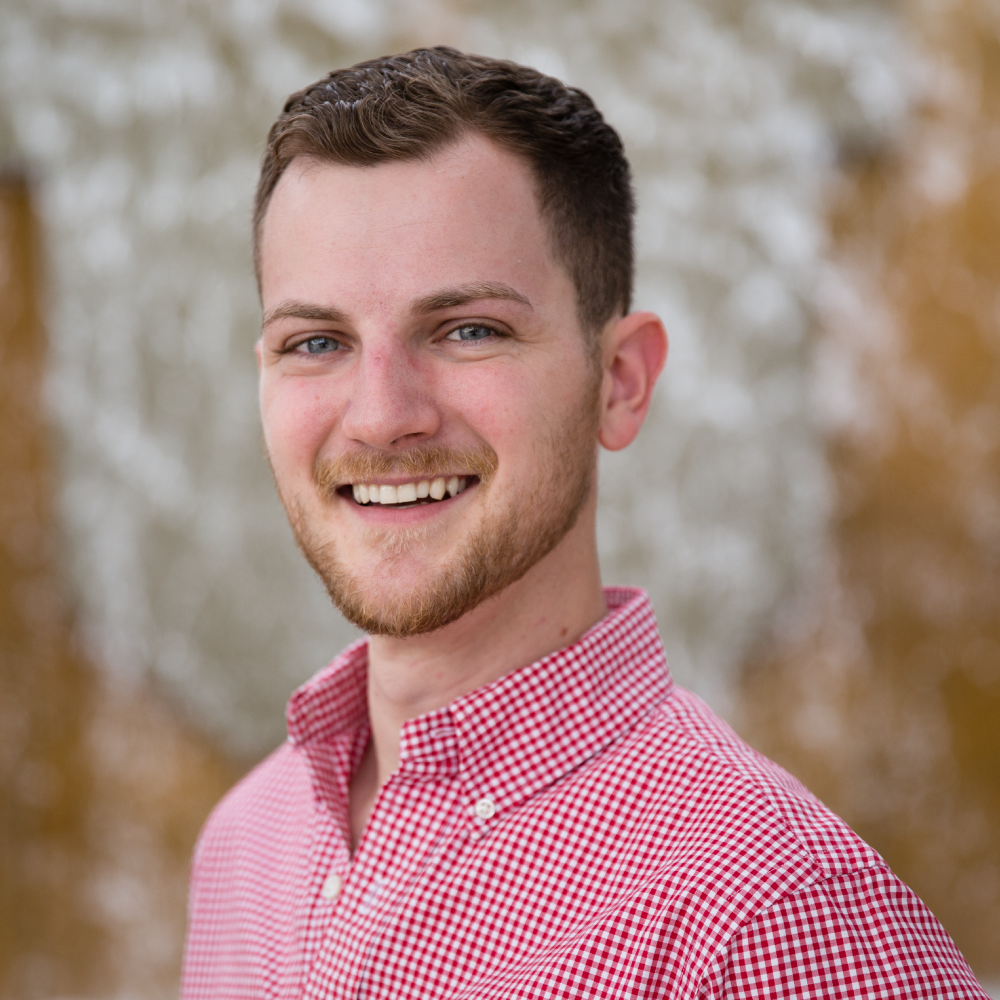 A “queero” to me is a person who is living their authentic truth in a way that invites others to do the same. A Queero is a person who uses whatever privilege they have to improve the community and/or environment around them, even if they may never enjoy the benefits of their advocacy and dedication.

At the University of Utah, there are so many folks who are doing incredible work. Someone who I look up to as a Queero graduated with their Bachelor Degree from the U in May and is now a Graduate Student here at the U. Her name is Kaitlin. She served as the ASUU Senator Chair last year, and she strongly advocated and succeeded in the Academic Senate for a student safety clause to be added to all university syllabi. Kaitlin is a dedicated, kind, smart, and passionate leader on this campus. She is my “Queero”.

My advice to other queeroes is to be a source of support for other folks. While our society has come so far, we still have such a long way to go. When we uplift each other, we build a stronger foundation of love and support that creates a safe place for everyone to live as their authentic selves. 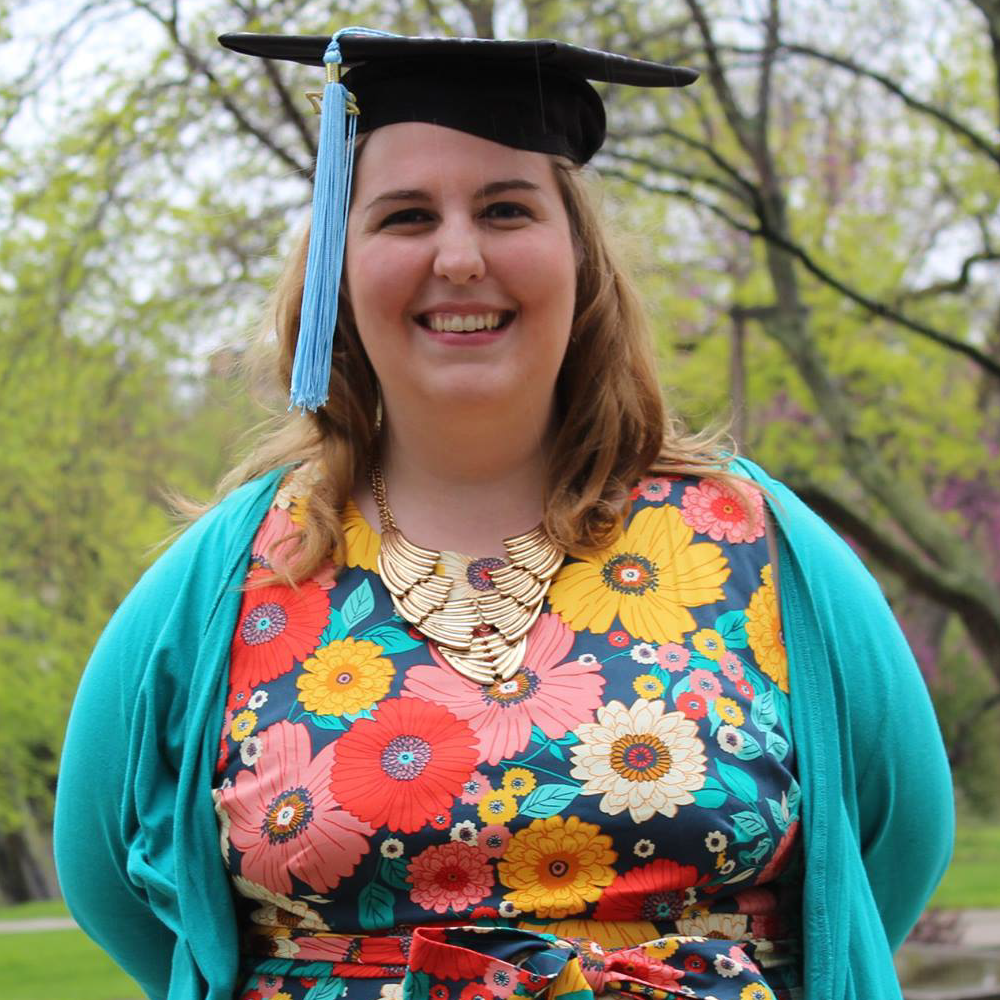 A queero is a queer hero. A queer hero doesn’t necessarily have to be on the front lines or be a celebrity, LGBTQIA people are heroes just by surviving and thriving. One of my queeroes is Rebecca Sugar, the creator of Steven Universe and former storyboarder and composer for Adventure Time. Rebecca Sugar is a non-binary bisexual woman who has created media for kids that normalizes and celebrates LGBT+ characters and features characters of all shapes and sizes. Even characters that aren’t explicitly queer challenge norms and gender expression, such as the protagonist Steven whose powers are traditionally feminine: healing, empathy, and other “support” powers that are all the color pink. I’m so glad today’s youth get to grow up with shows like Steven Universe where they see themselves represented, in large part thanks to Rebecca Sugar.

Whether you choose to be out or not is totally up to you, and there is no right way to navigate being queer and/or trans in the workforce. Many states still do not have employment non-discrimination laws based on sexual/romantic orientation and gender identity. LGBTQIA+ people, especially those who are transgender and non-binary, have higher rates of unemployment and experience higher rates of harassment in the workforce. You are a queero simply for being employed as a queer and/or trans person. You can be a SUPERqueero by being a role model, mentor, and advocate for LGBTQIA+ people in your company and within your field.

Transitioning and being your authentic self or being closeted and protecting yourself are both valid; you need to do what’s right for you. Whether you list your pronouns on your resume or not, you’re still a queero! Find queero mentors within your field to have a source of support and someone who encourages your professional development. Be gentle with yourself: navigating the job search and workforce as an LGBTQIA+ people comes with additional barriers that cisgender and heterosexual/romantic people never have to worry about. We bring valuable and diverse perspectives to work and we deserve to be valued and treated with respect. If you are being harassed or discriminated against, definitely report the incident to Human Resources and your company’s affirmative action department. Thank you for being you! 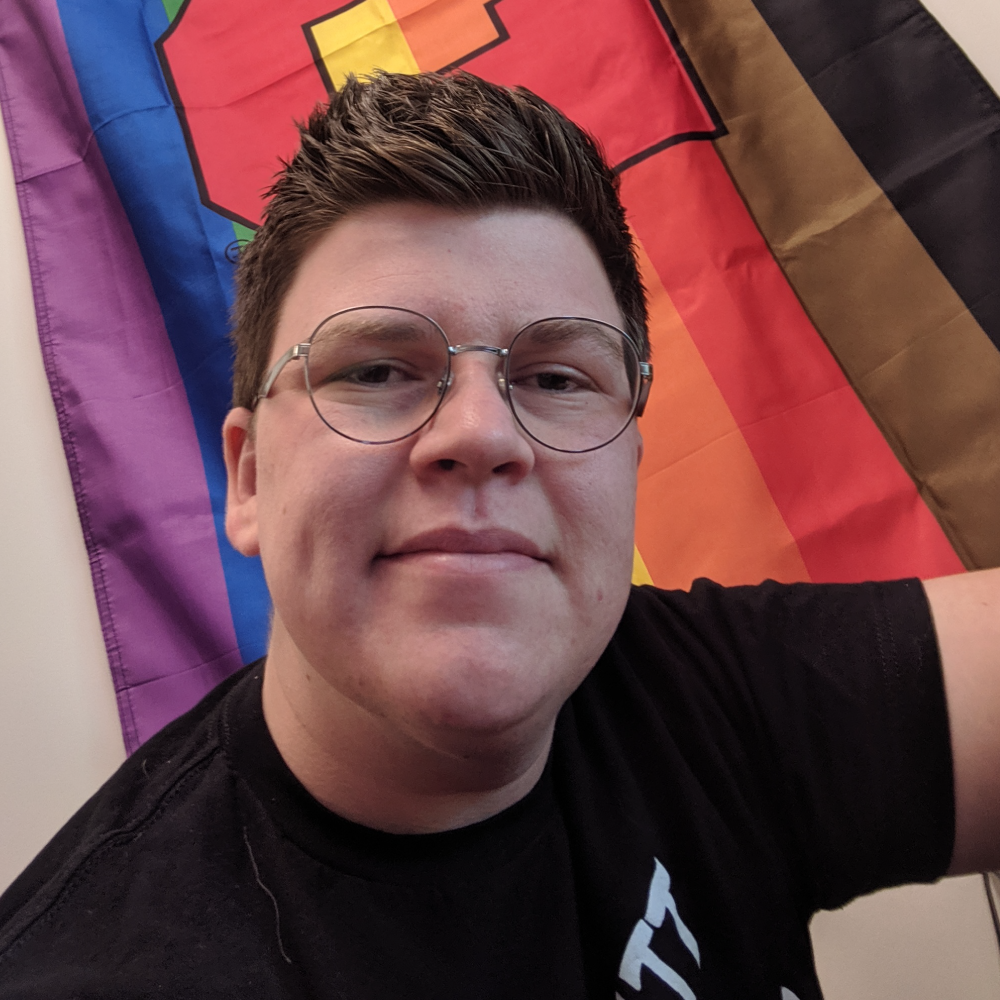 “Queero” what does it mean to me….well everything! Throughout my life Ive always felt alone/different from others and queero(es) have given me the light and support I need to be who I am today: a proud trans man.

My queer heroes have changed throughout time since coming out as a lesbian at 17 years old to now as a trans man in my thirties. I feel that queer heroes don’t have to be a nationally known person(s) or have done something to change laws/rights, but to be someone kind and treating others/community with respect and just wanting the same in return.

Some of my queer heroes that are nationally known are Harvey Milk, Leslie Feinberg, and Marsha P. Johnson. And as more of a personal hero is my family friend Chris Eaton. She was a nun, nursing professor, and a hospice nurse that treated many people during the AIDS epidemic. Chris and her partner Bonnie (together since kindergarten) lived to together for many years but in secret. She unfortunately passed away about 10 years ago from contracting HIV/AIDS while giving hospice care in the 80’s/90’s.

She didn’t march, protest, or receive recognition for her work. She just loved people and wanted to help out whether it would be teaching, religious guidance, and or providing hospice care. I didn’t even know she was gay until I came out at the age of 17. She’s someone I think about often and will always be my queer hero as she did so much for her local queer community.

My advice for queeroes is this: 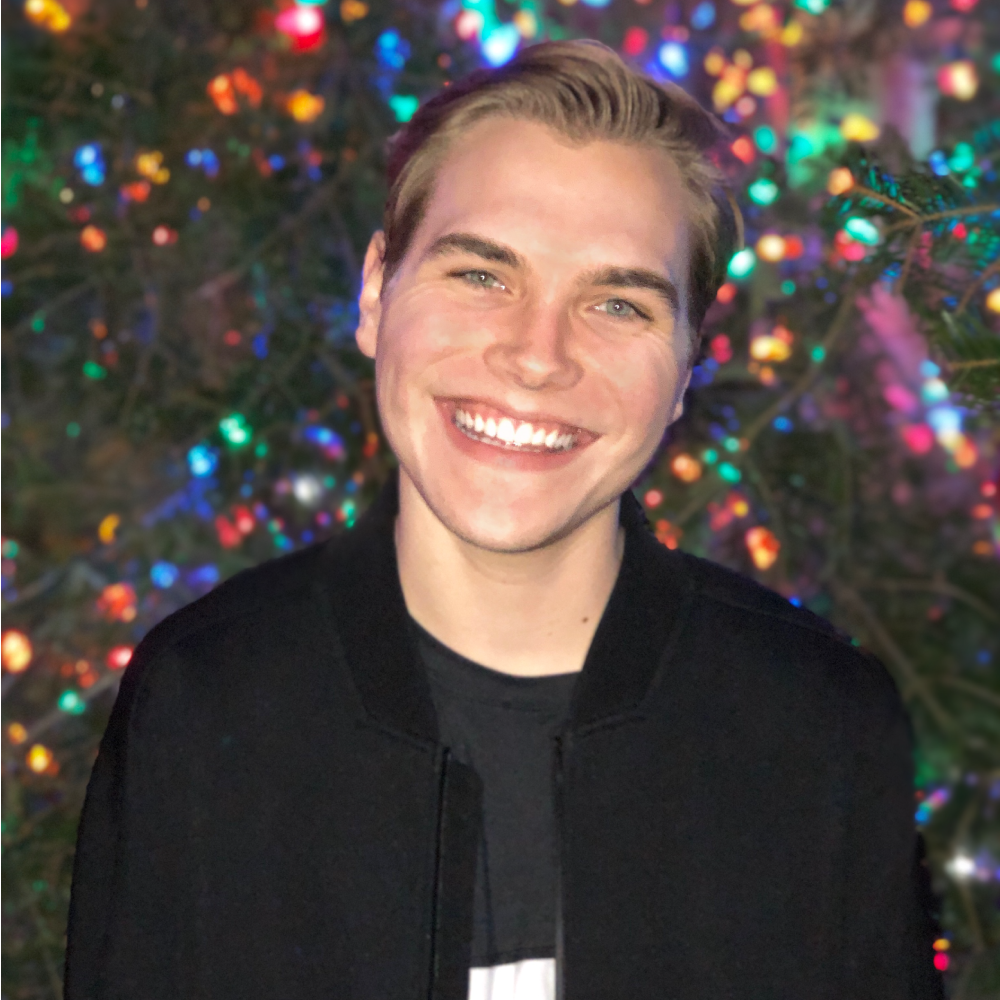 To me, a queero is someone who lives true to their queer identity, whether or not they’re in or out of the closet, whether they’re an outspoken advocate or more reserved, whether or not they consider themselves “accomplished” or not. The state of living each day and embracing one’s queer identity is such a powerful and important statement for any individual to make; that, I think, defines them as a queero.

My queero is Troye Sivan—his dedication to being himself in his music plays such an important role in normalizing the existence of LGBTQIA+ individuals in society. His work was, in fact, one of the primary catalysts in my shift from suppression to pride in my identity.

Whether you’ve fully embraced or are just learning to love yourself and your identity, simply existing in this space is so important for society. Your existence alone is inspiring to other queer individuals young and old, and I promise you that even if you’re not a queero to yourself or anyone else, you are to me. Be yourselves, embrace yourselves, love yourselves.

You’re perfect the way you are and deserve to know it.

To learn more about this year’s Pride Week at the U, visit our Pride Week page or lgbt.utah.edu

By Kaya Aman, Office for Equity and Diversity September 30, 2019
View all articles
7ads6x98y