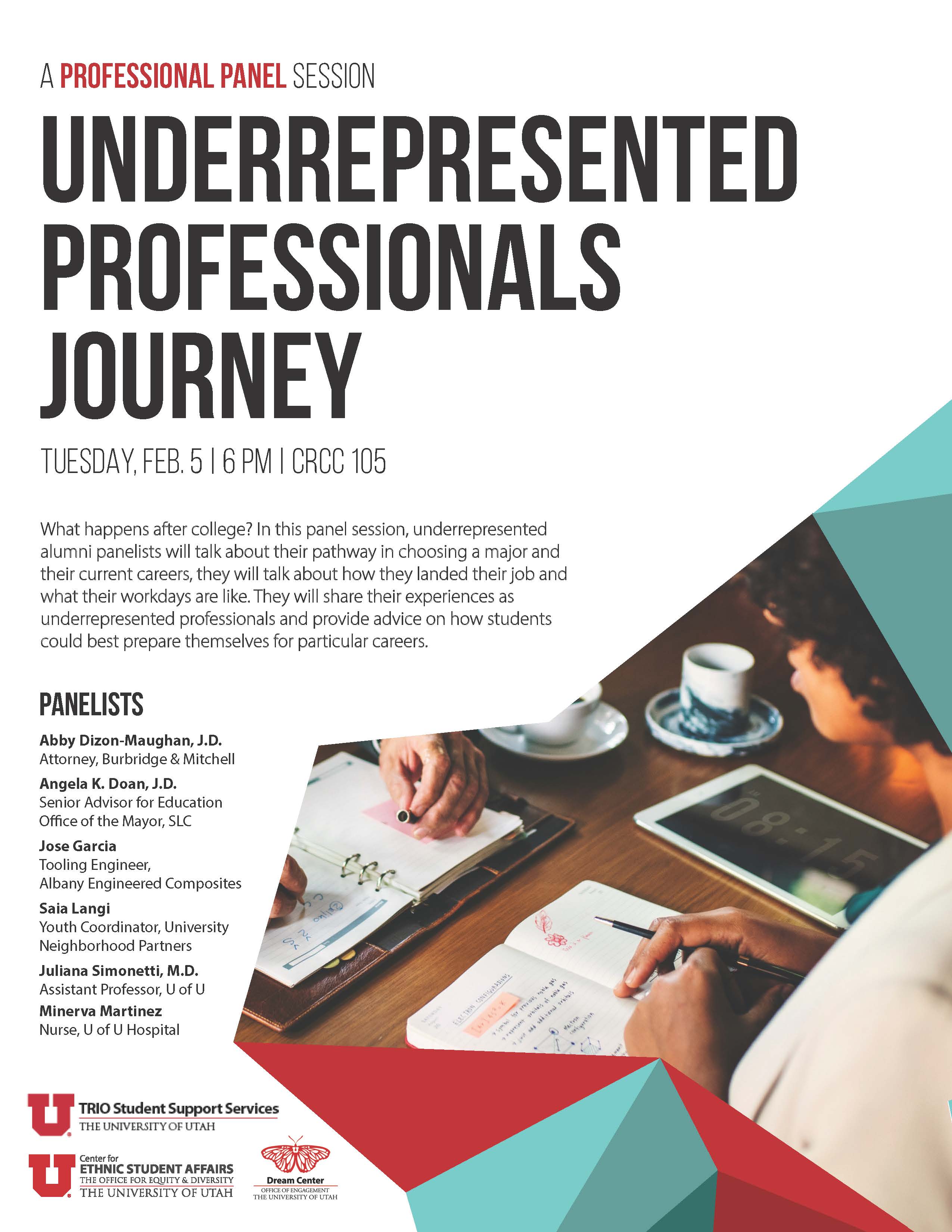 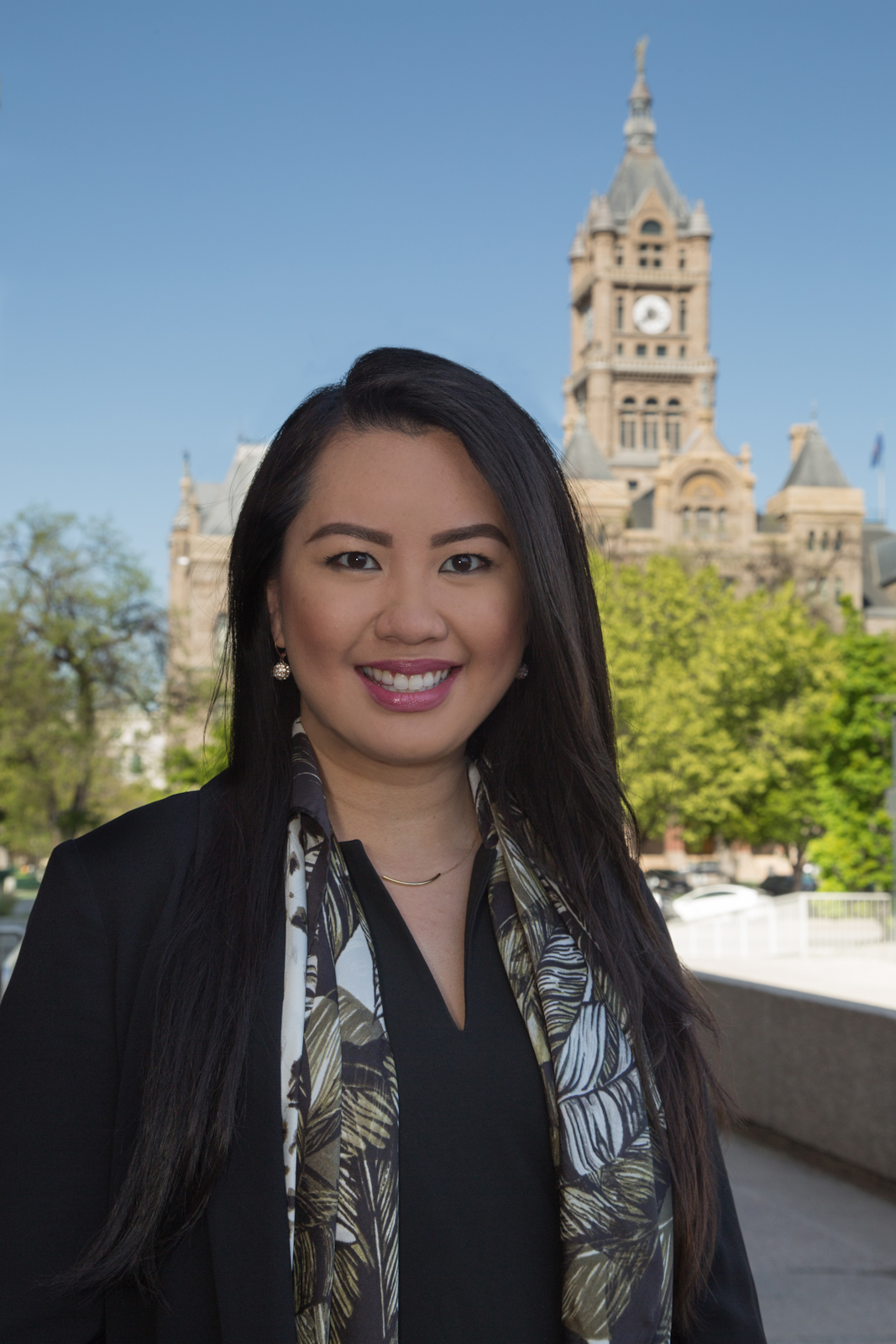 Senior Advisor for Education
Office of the Mayor, SLC Corporation

Angela Doan currently serves as Salt Lake City Mayor Biskupki’s Senior Advisor for Education. Angela is a proud first generation Vietnamese-American born, Glendale-Salt Lake City native who taught in her childhood neighborhood and school district. As a former Title-I elementary school teacher with five years of experience teaching in mainstream, inclusive classrooms in grades 2-4, Angela was recognized as a highly effective teacher. Using data-informed practices, she led her team through a demanding federal school reform transformation process. Angela then moved into the legal field to bring a teacher’s voice into education law and policy reform. During her graduate studies, she was a program supervisor for a dozen student teachers and taught a weekly seminar on teaching and classroom management. She was formerly a legal intern with the U.S. Department of Education Office for Civil Rights, the New England Innocence Project, and Massachusetts Advocates for Children.

In her current capacity, Angela advises and makes recommendations to the Mayor on policy development and educational programming based on current law, data, and best practices in education. Her current focus is on early childhood education and the school-to-prison pipeline. She serves as the city liaison to the local school district, agencies and entities. She chairs the Salt Lake Education Alliance, a collaborative working group of nearly a dozen local partnerships focused on educational equity and is the Mayor’s designee on the Salt Lake City School District Board of Education and the Salt Lake Education Foundation. 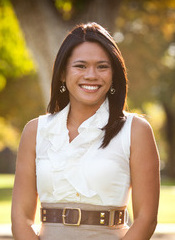 Abby Dizon-Maughan is a second-generation American (her parents emigrated from the Philippines), Dizon-Maughan takes nothing for granted. She is a descendent of Jose Dizon, a noted Filipino rebellion leader. Her grandmother lived underground to escape soldier brutality and rape. Her parents worked tirelessly, with no money, resources, or social support network, to raise themselves out of indigent circumstances in a third-world country, earning enough to pay for college and eventually emigrate to America.

From a young age, Dizon-Maughan felt that people of color and women are underrepresented in American society, and believed that as an attorney, she could effectuate change in perception and in practice. Thus, Abby has worked as a criminal defense attorney for five years, but is now in civil litigation working on complex commercial cases and catastrophic personal injury. She is has been highly involved in her community. Abby is the Chairperson of the Professional Standards Review Board of the West Valley Police Department, the Chairperson of the Criminal Justice Committee of the NAACP, Salt Lake Branch, the President of the Utah Minority Bar Association, and former Secretary of the Utah Association of Criminal Defense Lawyers. Abby is also a member of the Women Lawyers of Utah, LGBT & Allied Lawyers of Utah, and the Salt Lake County Bar Association.

Abby’s commitment to social justice and civil rights has not gone unrecognized. In October 2015, she was presented with the President’s Award by the NAACP, Salt Lake Branch. Branch President Jeanetta Williams commended her for her activism and dedication to pursuing civil rights. In February 2017, Abby has received recognition for her mentorship of aspiring attorneys at the Breakfast of Champions, where she was named an Outstanding Mentor by the Utah Bar Association. She has also been named a Rising Star by Super Lawyers/ThomsonReuters, and recognized as a Top 40 Under 40 criminal defense attorney by the American Society of Legal Advocates. 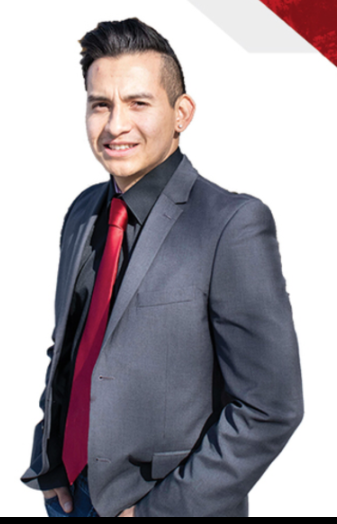 Jose Garcia was born in Lima, Peru and then immigrated to Utah, where he has lived in several west side location such as Rose Park, Glendale, West Valley, and Taylorsville. He studied at AMES (The Academy for Math, Engineering, and Science) high school and then pursued a Mechanical Engineering degree from the University of Utah. During his undergrad he was involved with MEChA, Intramural Sports, S.H.I.P.E (Society of Hispanic Professional Engineers), and Chess Club. His hobbies are watching movies, playing sports, dancing, and real estate investment. His career path involves working towards Design Engineering. 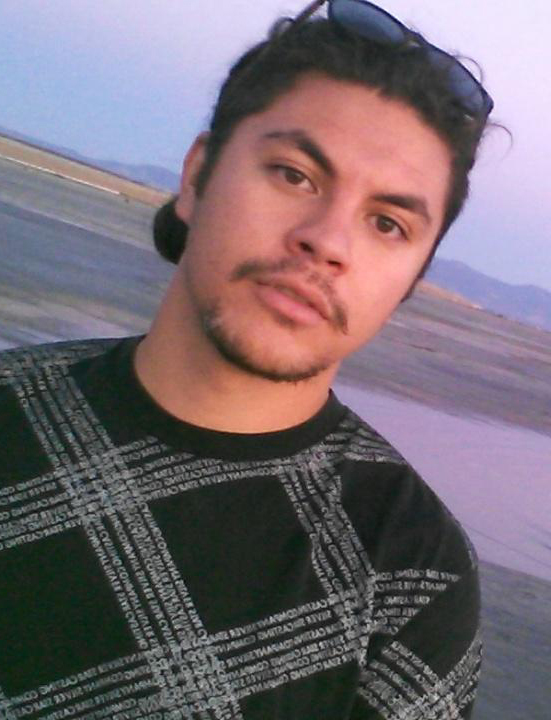 Bachelor of Science in Sociology and Ethnic Studies, University of Utah

Saia is an educator and a pursuer of life and creativity. He is passionate about teaching as well as using the written and spoken word to help enrich the lives of youth within the West Side communities of Salt Lake. Attending Mountain View, Glendale Middle, and East High school, he’s a proud member of the Glendale community. Working with youth programs such as Mestizo Arts and Activism, Truth Cypher, and Youth Voices, he has had the honor to learn and grow within these programs along with the students that he teaches and mentors.

After graduating in May of 2017, he has been continuing to work with youth, primarily in sixth grade, at Glendale Middles School as well as ninth through twelve graders from East, Highland, Horizonte, Hunter, and Innovations High school. It is his hope to continue to live creatively so that he can help make a difference within his home and the community at large. 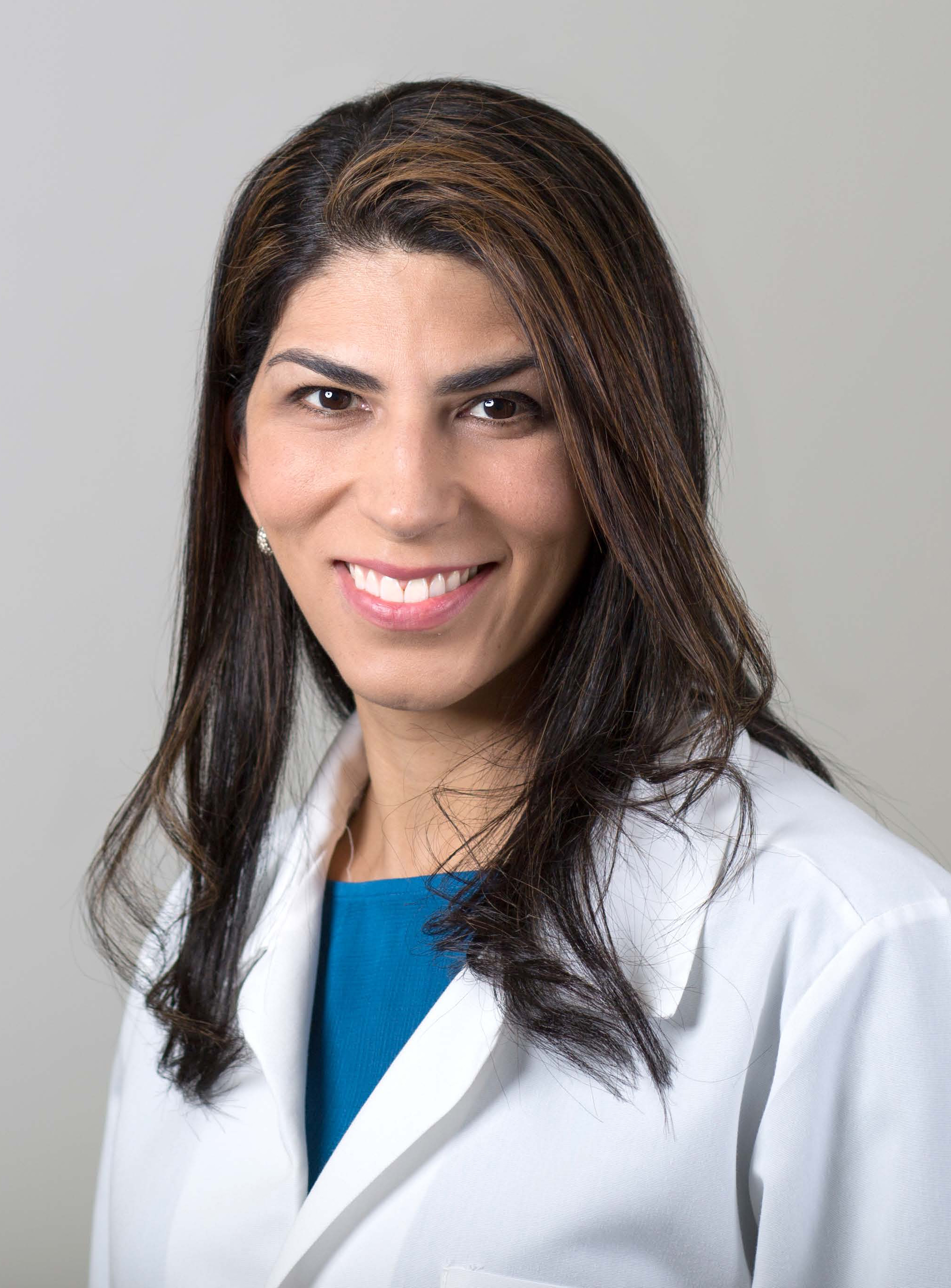 Dr. Simonetti received her medical degree from the University Of Utah School Of Medicine in 2009. She completed her residency in Internal Medicine at Beth Israel Deaconess Medical Center and a fellowship in Clinical Nutrition and Obesity at Boston University Medical Center. After fellowship, Dr. Simonetti started practicing at Harvard Vanguard in Boston where she started a medical weight management program and worked for 6 years prior to returning to Salt Lake City. She has returned to the University of Utah as faculty in the Division of Endocrinology and Surgery. She is now directing the medical weight management program alongside bariatric surgery, Dr. Volkmann, to create a comprehensive weight management program.

She is board certified by the American Board of Internal Medicine and the American Board of Obesity Medicine. Dr. Simonetti’s is originally from Brazil and moved to the US at age of 15 years old. She speaks both Portuguese and Spanish. Her clinical interests include comprehensive medical care of patients with obesity, pre and post-op phase of bariatric surgery, as well as patients with weight-loss device implantations. Her research interest is in different models of care delivery such as Shared Medical Appointments, use of technology, and health care disparities.” 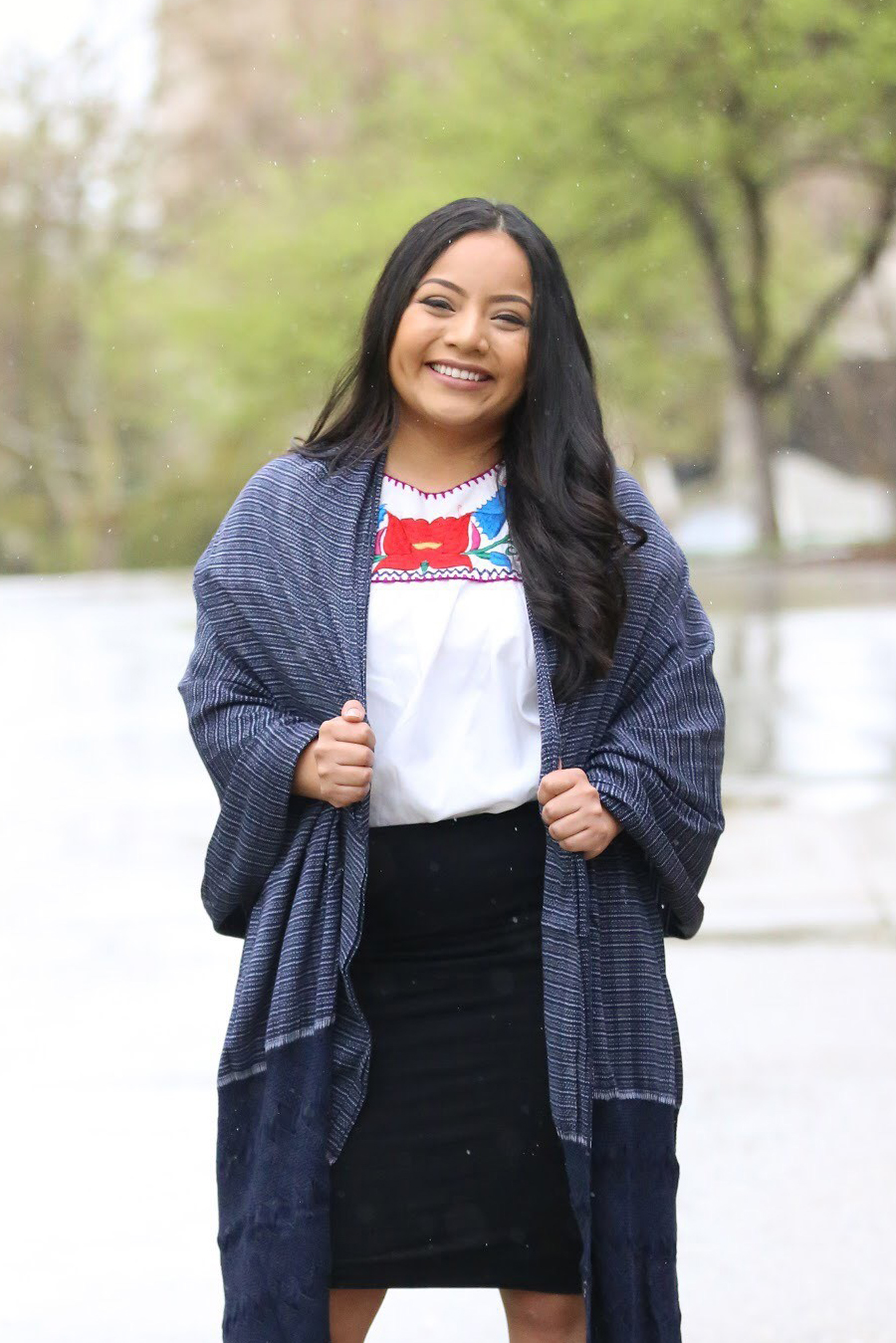 Minerva was born in Provo, Utah but her family immigrated from Oaxaca, Mexico. She has two of the most loving and encouraging parents and three sisters. She graduated from American Fork high school in 2013, then started as a freshman at the University of Utah later that year as a pre-nursing major. Her first two years were mainly general credits, pre-requisites, volunteer work, leadership roles and applying for the nursing program. After being accepted into the program, she took the accelerated route and graduated December of 2016. Shortly after graduating, she took her boards and accepted a job offer at the University of Utah hospital on Surgical Transplant Unit. Her educational aspiration is to become a Family Medicine Nurse Practitioner who works with diabetics.