Drawing on personal experience from working with Lewis over multiple documentaries, Dawn Porter will give us insight into his legacy and how we can embody his message of “good trouble” through a Q&A-style interview with Dr. Andrew Nelson, chair of the Department of Film & Media Arts.

Dawn Porter is an award-winning documentary filmmaker whose work has appeared on HBO, PBS, Discovery, and Netflix, among others. She is currently directing and executive producing an Apple TV+ multi-part documentary series with Oprah Winfrey and Prince Harry, which focuses on mental illness and mental well-being. Other current projects include the documentary Vernon Jordan: Make It Plain, which explores Vernon Jordan’s rise from the segregated South to become one of the most influential African American thought leaders in America; John Lewis: Good Trouble for CNN Films, which explores Congressman John Lewis’ pivotal role in the Civil Rights movement as well as his current political and social activism on important issues including voting rights, immigration laws, and much more; and The Way I See It, about Photojournalist Pete Souza, who served as Chief Official White House photographer for President Barack Obama and previously as an Official White House photographer for President Ronald Reagan.

Whether she’s sharing her personal career journey from practicing law to sitting in the director’s chair on stage or detailing the behind-the-scenes stories she’s documented, Dawn consistently presents an honest, thoughtful, and meticulous presentation. Seamlessly weaving clips from her films into her riveting presentations, Dawn entertains and educates, and, most of all, encourages her audiences to follow their curiosity.

Dawn also directed and produced the acclaimed four-part Netflix original series, Bobby Kennedy for President, which was released in 2018 and premiered at the Tribeca Film Festival. A two-time Sundance director, her film Trapped, which explored laws regulating abortion clinics in the South, won the Special Jury Social-Impact prize at the 2016 Sundance Film Festival, in addition to a Peabody and numerous other awards. Her 2013 documentary, Gideon’s Army, premiered on HBO and won Best Editing at Sundance. Gideon’s Army was nominated for an Independent Spirit Award and an Emmy and is part of the U.S. Department of State’s American Film Showcase. Dawn also directed and produced Spies of Mississippi, a critically acclaimed historical documentary that was part of the Independent Lens series on PBS.

In 2015, Dawn directed and produced Rise: The Promise of My Brother’s Keeper, a film for The Discovery Channel chronicling President Obama’s program to help young men of Color succeed. Dawn has been commissioned to create films for the Center for Investigative Reporting, TIME and Essence Magazine, The New York Times Op Docs, and Amazon. Her work has received generous support from the MacArthur Foundation, the Ford Foundation, the Mellon Foundation, Tribeca Film Institute, Sundance Film Institute, Chicken & Egg Pictures, and other esteemed organizations. She is a member of the Academy of Motion Picture Arts and Sciences, the Television Academy of Arts and Sciences, and the Directors Guild of America. 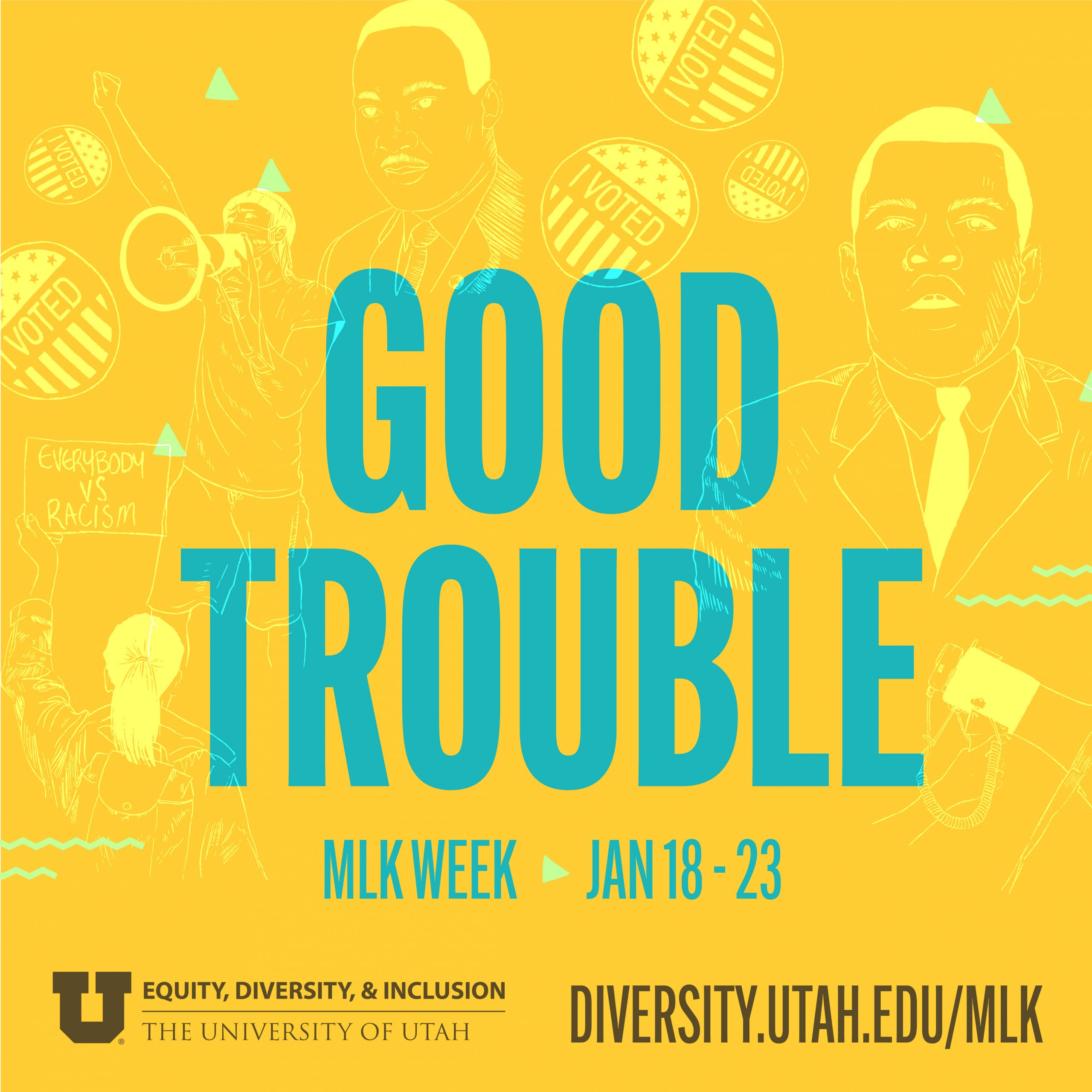 At the University of Utah, we celebrate the educational access and opportunities that Dr. King’s legacy has provided in the United States. Rev. Dr. Martin Luther King, Jr. Week (MLK Week) has become a platform to engage students, faculty, staff and community members in critical conversations around contemporary Civil Rights issues and race in America.