53rd Annual William H. Leary Lecture The Constitution and Reproductive Justice in the Age of Trump 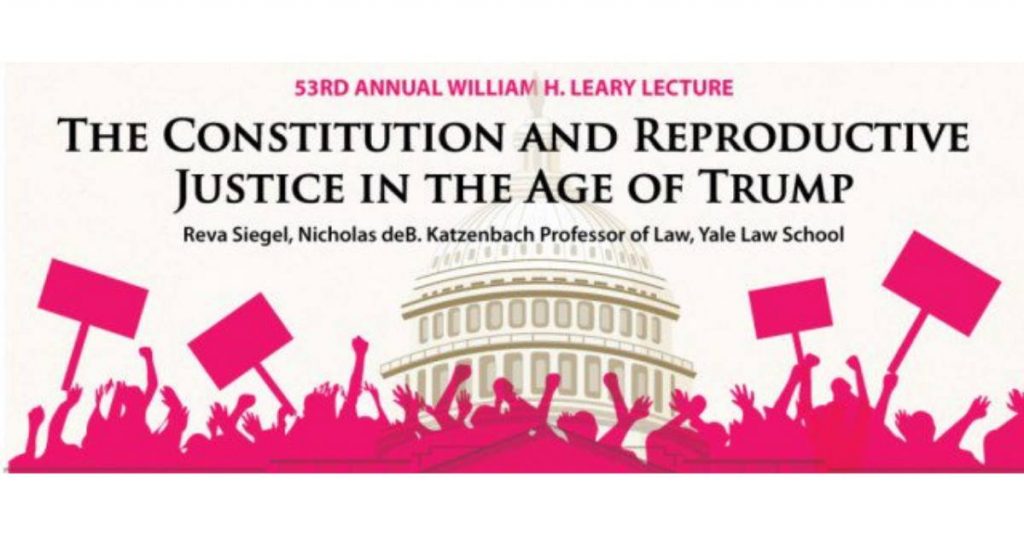 Since the U.S. Supreme Court has become increasingly conservative under the administration of President Donald Trump, speculation about the future of Roe v. Wade —the landmark decision n 1973 that made abortion legal in all 50 states —has become a hot-button political issue. In Utah in particular, many issues tied to reproductive justice are before the state legislature with possible public policy changes to come in the near future.  The Utah House of Representatives passed a proposal earlier this month to ban abortions sought because a fetus has been diagnosed with Down Syndrome, and the legislation will now head to the Senate.  The Utah House of Representatives this month also passed a bill to ban abortion after 18 weeks, setting the stage for a legal challenge if the bill becomes law this session. Activists on both sides of these complex issue have strong opinions about abortion and the current state of laws that govern reproductive rights in the U.S. At a polarizing time in political history, the University of Utah S.J. Quinney College of Law will delve into the issue further at its 53rd Annual William H. Leary Lecture on March 6 with a lecture titled “The Constitution and Reproductive Justice in the Age of Trump.”

This event will not be streamed or recorded.
Free and open to the public.

The Leary Lecture is named in honor of William H. Leary, Dean of the University of Utah College of Law from 1915 to 1950, who was renowned for his intellectual rigor and love of teaching. The Leary Lecture has been an annual event since 1965.