Often times we only celebrate the outcome of what activism brings to our communities, but never stop to ponder the process and politics behind actively advocating for change. Frederick Douglass once acknowledged, “if there is no struggle, there is no progress.” Therefore, what internal conflicts must occur in order to conquer the fear of failure? What political barriers arise during the process? What does it truly mean to sacrifice? We must all be reminded that no matter how great the outcome, change is uncomfortable, never easy, and always comes at a price. 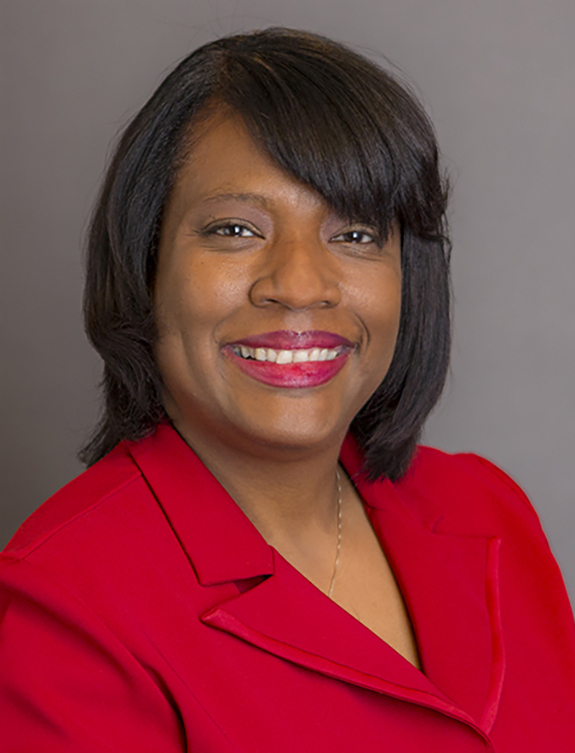 Representative Sandra Hollins was born in New Orleans, Louisiana, and has been a Salt Lake City resident for the past 29 years. As the first African-American woman elected to the Utah House of Representatives Sandra proudly serves District 23. Rep. Hollins is a licensed clinical social worker, and the primary focus of her career has been on substance abuse treatment and advocacy services for Salt Lake City’s homeless population. Sandra received her bachelor’s degree in business management from the University of Phoenix and her master’s degree in social work from the University of Utah. She and her husband David currently reside in Fair Park and have two daughters, Jaynell and Canice. 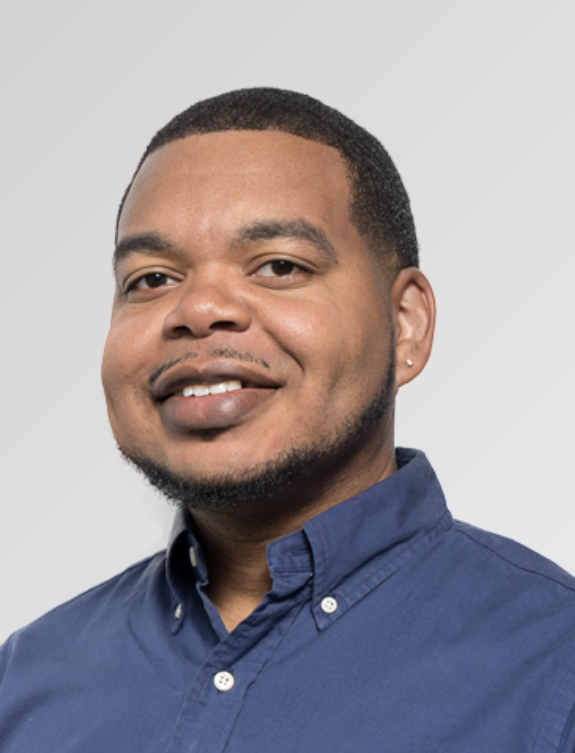 Darius Bost is Assistant Professor of Ethnic Studies in the School for Cultural and Social Transformation. His first book, Evidence of Being: The Black Gay Cultural Renaissance and the Politics of Violence (University of Chicago Press, 2018), is an interdisciplinary study of black gay cultural movements in Washington, D.C., and New York City during the early era of the AIDS epidemic in the U.S. Related research has been published or is forthcoming in Journal of American History, Criticism, The Black Scholar, Souls, Palimpsest, Journal of West Indian Literature, Occasion, and several edited collections.

Lex Scott is the Founder of Black Lives Matter Utah and the United Front Civil Rights Organization. She has received two Best of Utah Awards, E50 Award, Social Justice Activist Award from Omega Psi Phi, and an Excellence in Civil Rights Award from The Black Student Union of the University of Utah. Her work has been recognized and written about in the Atlantic, the Guardian and also covered by CNN. She strives to end police brutality and to hold all police accountable for their actions. 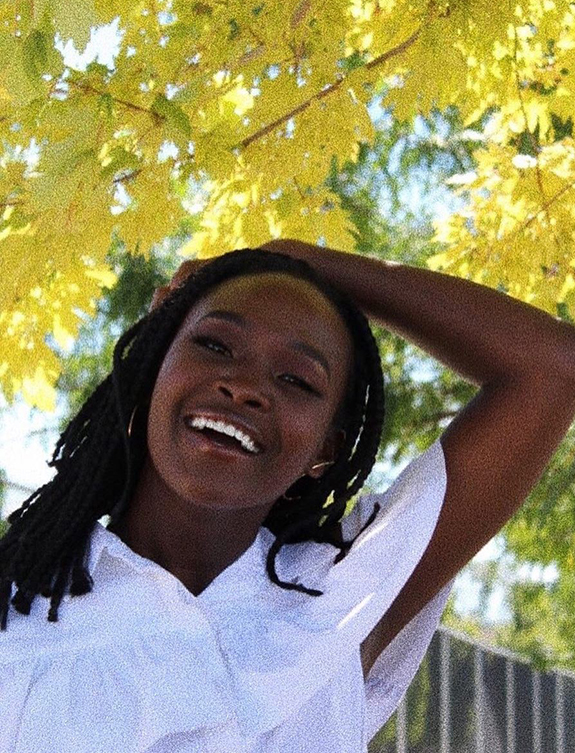 Rosine Nibishaka is one of the founding members, and President, of the Black Student Union at East High School. She is also affiliated with the Future Scholars of Africa which is a non-profit organization that promotes education and aims to ensure success for African students in Utah. After graduation, Rosine plans to further her education and become a criminal justice lawyer. 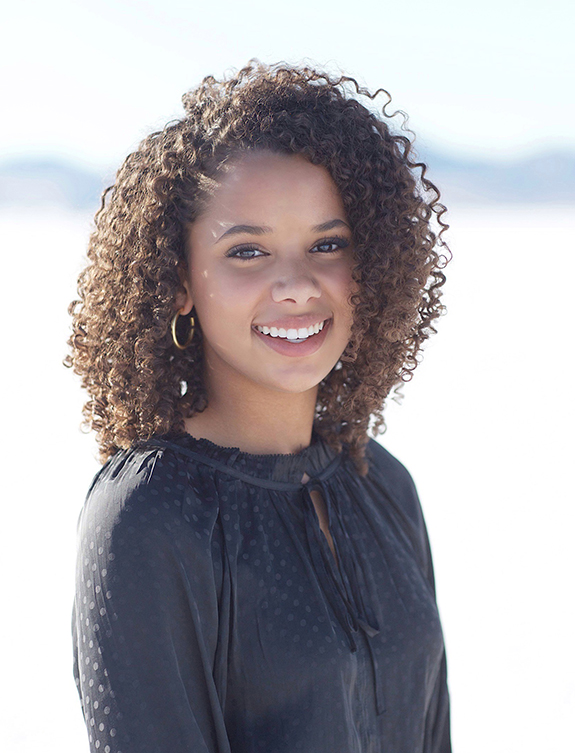 Olivia Winston is a senior at East High School where she serves as Vice President of the Black Student Union, Student Body Activity Chair, Vice President of Dance Company, and President of Hope Squad. She is a classically trained ballet dancer and hopes to pursue a degree in Fine Arts. Her dream is to attend Juilliard. 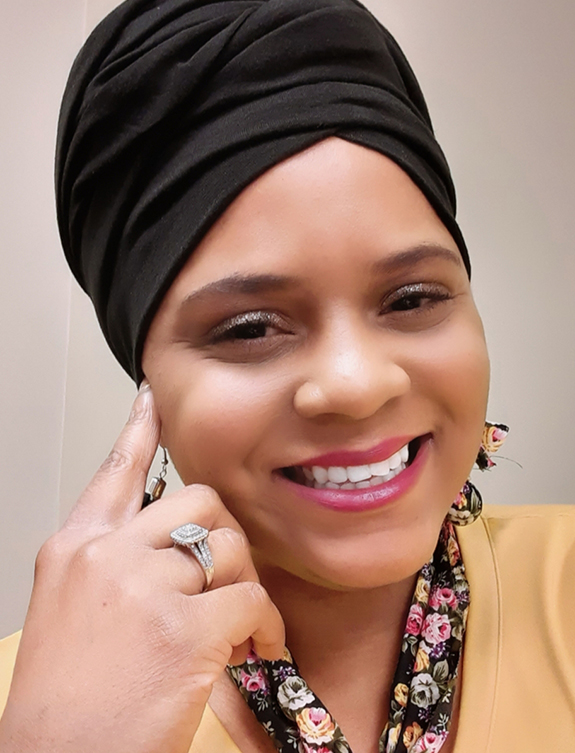 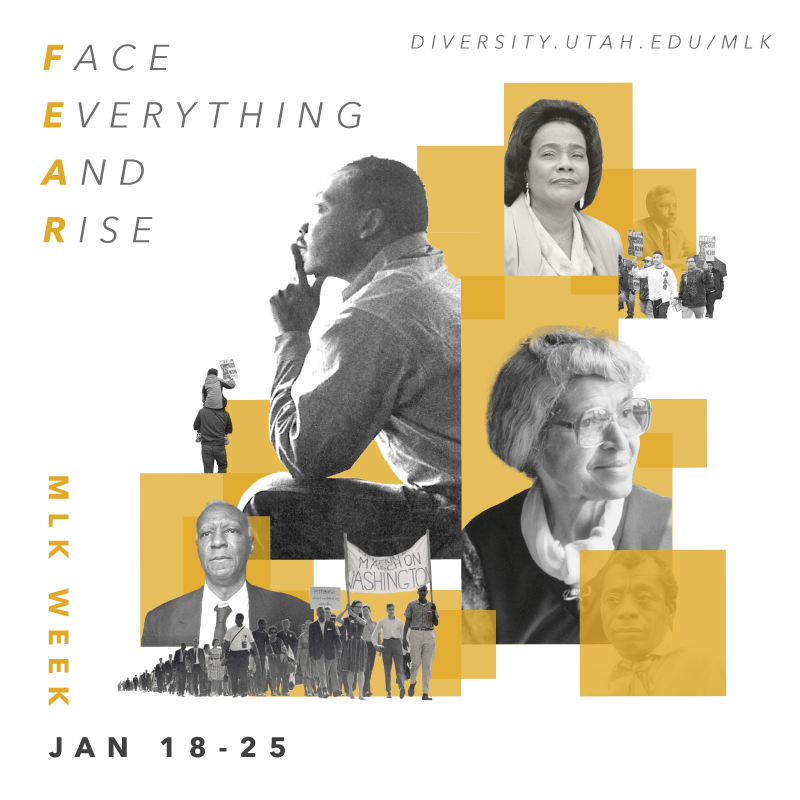 This event is part of Dr. Martin Luther King, Jr. Week at the University of Utah. The mission of MLK Week is to engage students, faculty, staff and community members in critical conversations around contemporary Civil Rights issues and race in America, and to celebrate the educational access and opportunities that Dr. Martin Luther King Jr.’s sacrifices have provided in the United States.

James L. Farmer, Jr., leader and activist of the Civil Rights Movement, highlighted the true process of social change when he stated, “Anyone who said they weren’t afraid during the civil rights movement was either a liar or without imagination. I was scared all the time. My hands didn’t shake, but inside I was shaking.” In honor of Dr. Martin Luther King, Jr. and countless others who chose to vacate their comfort zones and stand for a cause, this year’s MLK Week challenges us to redefine the definition of fear and its role in the fight for freedom and equality. As individuals (and a community), we must remember to never be deterred by fear, as it is an essential milestone in successfully combating systematic racism and oppression. This year’s theme will challenge you to redefine, persevere, and overcome the urge to fear everything and run, but rather Face Everything And Rise.