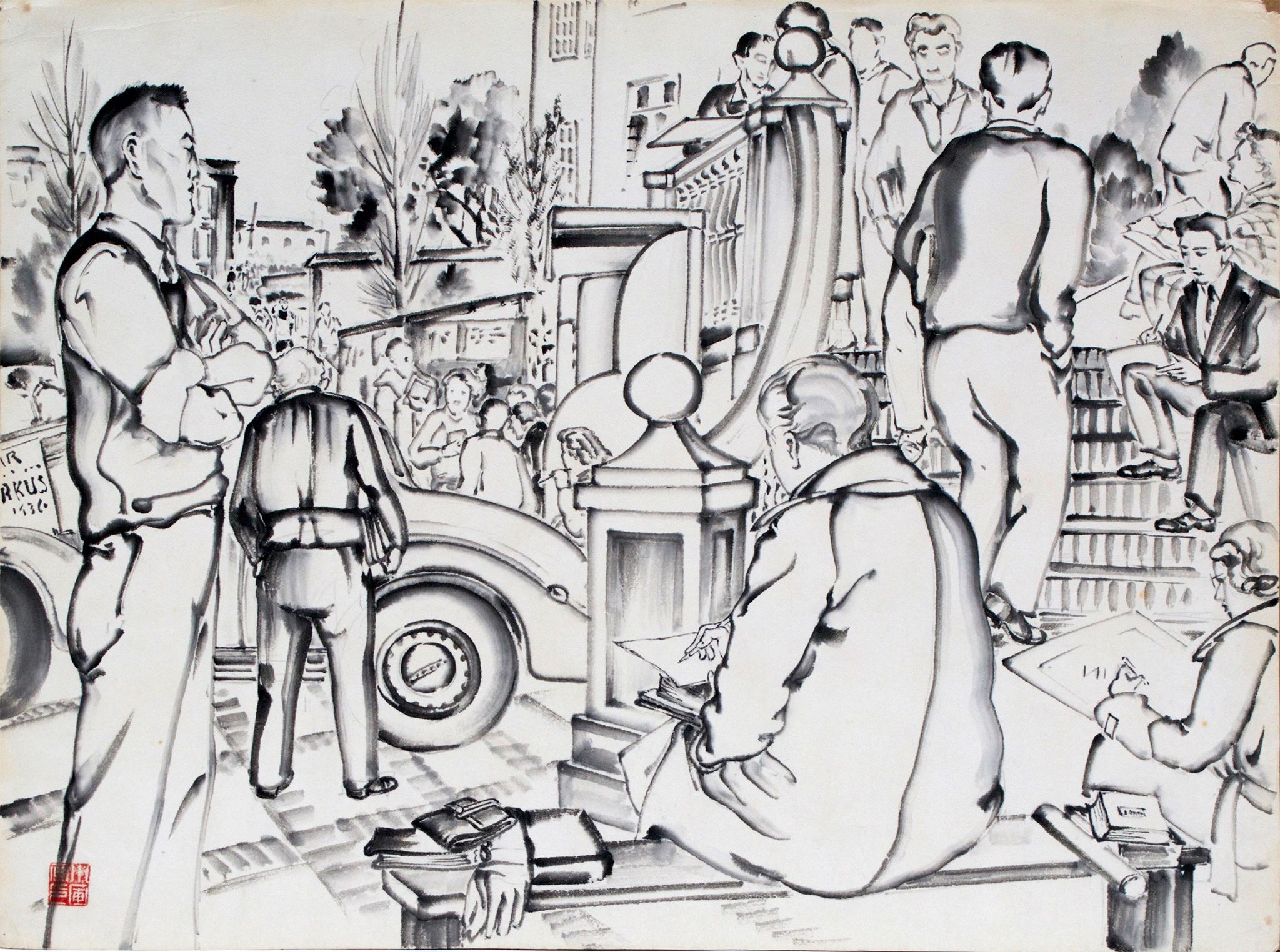 Join ShiPu Wang, curator of Chiura Obata: An American Modern, to explore the connections between artwork Obata created during his 1942-43 internment at the Topaz War Relocation Center near Delta, and the multiethnic and multicultural community in California in which he flourished as an artist.

Chiura Obata was one of the most significant Japanese American artists of the twentieth century. Chiura Obata: An American Modern, a major retrospective of his work, features more than 150 watercolors, paintings, prints, and screens, including images he produced during internment at Topaz. Many of these works have never been on public display.

The exhibition opens Friday, May 25.