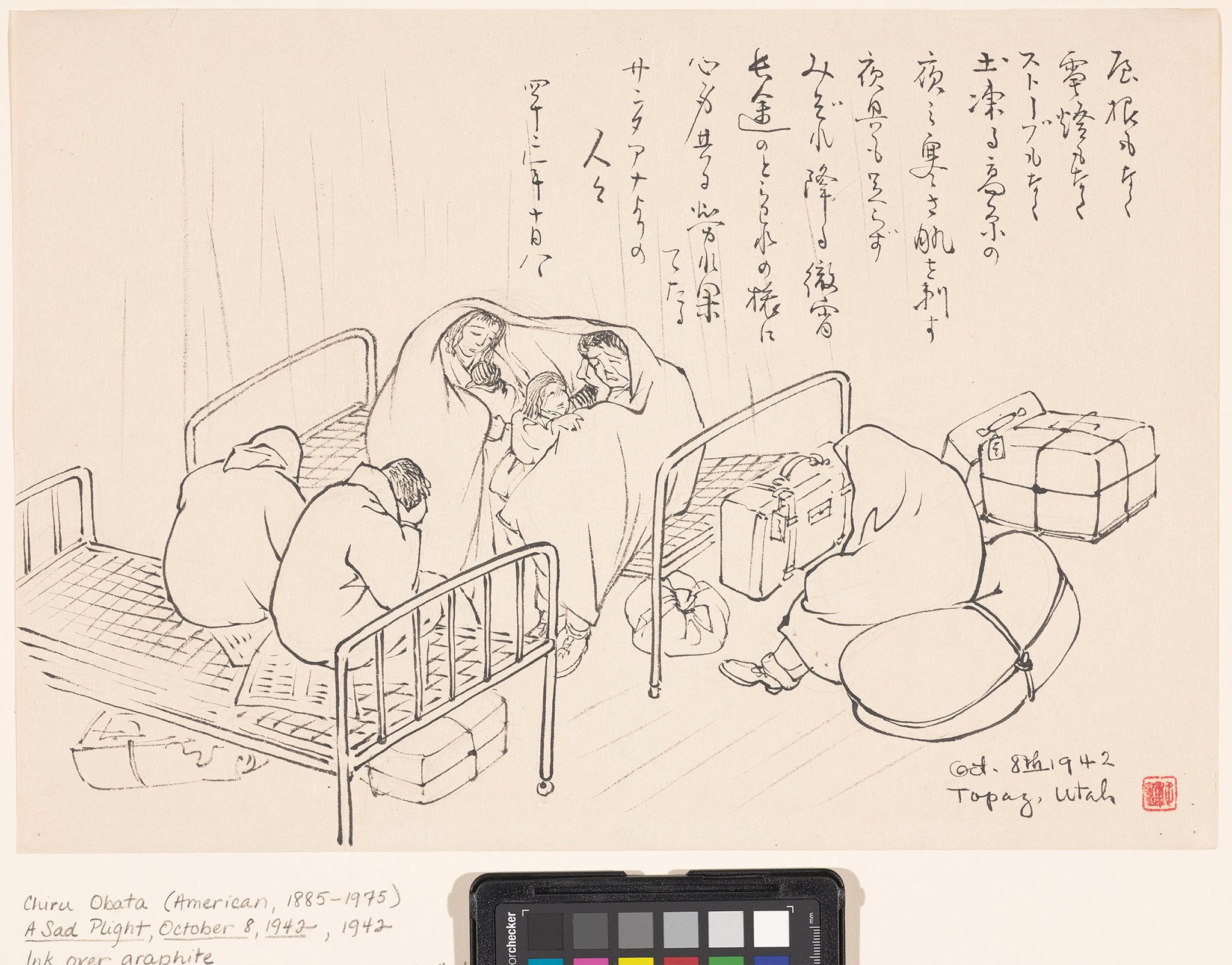 Join Kimi Kodani Hill, granddaughter of Chiura Obata, and other descendants of Japanese American internees, as they share their families’ experiences at the Topaz War Relocation Center near Delta, Utah. During World War II the U.S. government forcibly relocated thousands of Japanese Americans to detention camps, including Topaz, culminating decades of government discrimination against Asian immigrants.

Chiura Obata was one of the most significant Japanese American artists of the twentieth century. Chiura Obata: An American Modern, a major retrospective of his work, features more than 150 watercolors, paintings, prints, and screens, including images he produced during internment at the Topaz War Relocation Center, located sixteen miles from Delta, Utah. Many of these works have never been on public display. The exhibition is on view May 25-September 2.

Find out more about this exhibition at umfa.utah.edu.