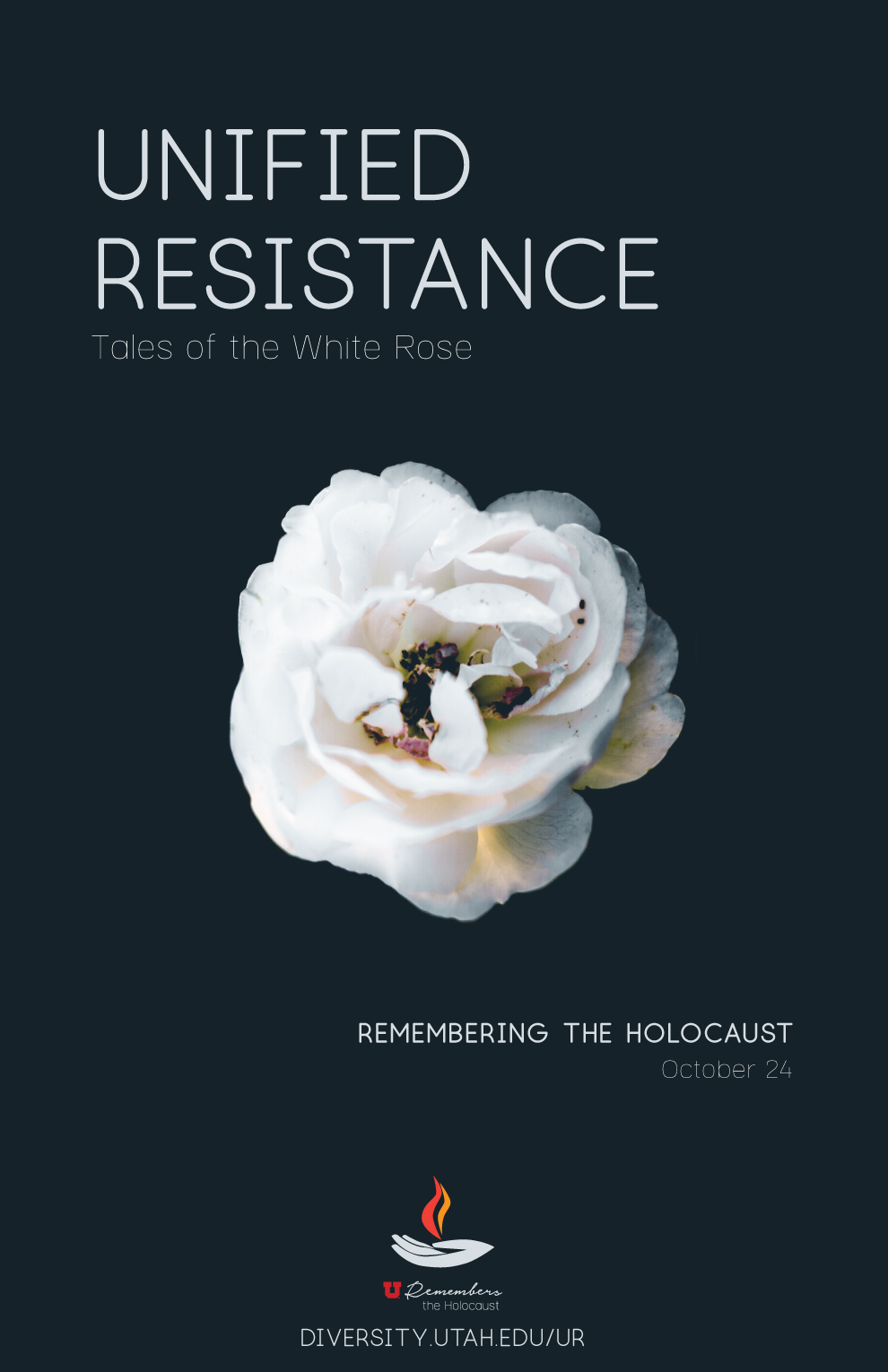 Jud Newborn, PhD, is a New York-based author, lecturer, and expert on anti-Semitism, extremism, and the fight for human rights worldwide. At the height of the Balkans Crisis, Dr. Newborn broke a decades-long barrier by giving the first lecture on the Holocaust ever held at the United Nations, during which he called out against the UN’s abandonment of Bosnian Muslims to mass murder.

Dr. Newborn’s book “Sophie Scholl and the White Rose” provides and aspiring account of the courageous German university students who became the icons of the German anti-Nazi resistance.

“U Remembers”— an annual event that reflects on the historical effects of genocide and pulls parallels from contemporary social issues of today. This year’s theme “Unified Resistance: Tales of the White Rose” will discuss the German university students who formed the Nazi resistance group called the White Rose.