Standing against bigotry and discrimination, Irene Ota’s passion and work centers around raising awareness of privilege and oppression. But it was her life experiences that lead her to her passion. 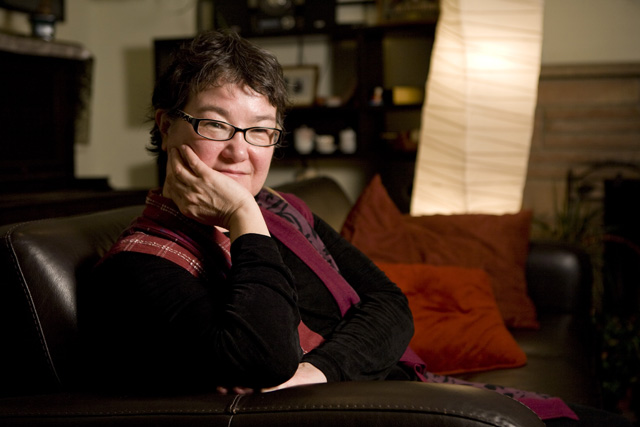 Ota was born in Japan, seven years after the Second World War. Her family moved to the United States when she was nine months old. “I was born in a United States army hospital, so I was a citizen from the day I was born. There was no kind of complications with me coming, but I’m sure there was for my mother as a Japanese citizen,” said Ota. At the time, the United States did not take in many Japanese people, which allowed Ota to see firsthand the injustices and discrimination that people of color and marginalized people face.

Ota’s earliest memories dealing with bigotry and discrimination came from her primary school days. After being enrolled at a predominantly white school, the first thing she heard was a student saying, “Hey, we got some chinks at our school.” It was then that Ota started to feel different from the people around her. Ota knew that the word “chink” was a derogatory term for Chinese people, and although she isn’t Chinese, Ota still knew that this term was aimed at her.

“In order to assimilate, you have to want to, but you have to be allowed to. I was never allowed to assimilate. I was always the ‘Asian kid’ or the ‘chink’ or the ‘Japanese kid’,” said Ota. These experiences of not being considered American because she isn’t white has always followed Ota and her family.

“I was never allowed to assimilate. I was always the ‘Asian kid’ or the ‘chink’ or the ‘Japanese kid.'”

Ota has two bi-racial African and Japanese American daughters, and they have and continue to experience the daily taunts and harassments due to their skin color. Ota recalls her oldest daughter calling her one time on the verge of tears stressing that every day something happens to her, to her husband, or to her kids. Ota’s daughter emphasized how tired she was and asked Ota what she should do.

“I had no answer. I have no answer. Except to build this double consciousness in my daughter and her kids. I sit down with them and give them the ‘talk’ that you have to give children of color,” said Ota.

After finishing her studies, Ota began teaching social justice classes at the University of Utah since 2000. To Ota, building her students’ critical consciousness on the structures of privilege and oppression is her way of rooting for change. When Ota first started teaching about social justice work she recalls that the phrase “white privilege” itself was a foreign concept and there was so much resistance against it from her students. Today, students are now familiar with the concept and are open to research around white privilege. Ota firmly believes that once the door is opened on these complex topics, students are more apt to learn about the intersections of other kinds of socially constructed identities.

Ota is an associate instructor in the College of Social Work, who teaches Social Justice Advocacy and Social Diversity & Culturally Understand. She plans to teach for as long as she can, and will continue to host workshops around social justice issues.

“We need to work collaboratively to dismantle the structure of privilege and oppression.”

“This work is personal to me in so many ways, but it’s also because of the education I received. I know it is systemic, I know that it’s wrong. We need to work collaboratively to dismantle the structure of privilege and oppression. And the first way to dismantle is to be aware of it and validate it.”