A Call to Action
A CALL TO ACTION

A year ago, people across the country moved to action when images of the death of George Floyd surfaced. It was a devastating reminder of the ongoing anti-Black systems of inequity that continue to poison our country. Our commitment is explicit, to work together to eliminate inequities in our policies, practices, and systems.

Our work is not done.
The American Indian Resource Center (AIRC) is open Monday through Friday at 8 AM - 4 PM. Facial masks and physical distancing is required at the AIRC; disposable masks are available for anyone who is without or forgets their mask. Cleaning hands with hand sanitizer upon entry is required. For any questions, please contact Franci Taylor at franci.taylor@utah.edu.

AIBL is the only American Indigenous non-profit organization solely dedicated to empowering business students in the United States. Our programs are designed to engage students in activities that stimulate, enhance, and expand educational experiences beyond traditional academic methods. All students are encouraged to participate in AIBL regardless of race, academic major, or career objectives.

AIBL’s vision over the next decade is to become the pre-eminent national non-profit organization serving American Indians and Alaska Natives by providing business and entrepreneurship education, leadership development training, and the necessary support to help young men and women who aspire to pursue studies and careers in business, entrepreneurship, or related disciplines.

The mission of the American Indian Science and Engineering Society (AISES) is to substantially increase the representation of American Indians and Alaskan Natives in engineering, science, and other related technology disciplines. Since 1977, AISES has worked to substantially increase American Indian and Alaska Native representation in science, technology, engineering, and math (STEM) fields as students, professionals, mentors, and leaders. AISES employs a “full circle of support” model that begins with pre-college programs, progresses into collegiate life, and then into the professional years of members and on into retirement.

AIWAA’s mission is to provide a venue and safe location for American Indian women and their allies to gather and share interests and concerns, Meetings include a monthly pot luck and talking circle.

“We Native American students at the University of Utah, in order to promote greater unity and understanding among ourselves, and the community; to further our own academic achievements; and to strengthen our unique cultural roots, do hereby organize ourselves as the Inter-Tribal Student Association”.

ITSA is the primary American Indian Student Group. Along with weekly meeting they sponsor the American Indian High School Conference and the Annual Honoring Our Traditions Pow Wow. If you would like more information about meetings and how to become involved please contact the ITSA officers using the email link above.

SACNAS – Society for Advancement of Chicanos/Hispanics and Native Americans in Science – is an inclusive organization dedicated to fostering the success of Chicanos/Hispanics and Native Americans, from college students to professionals, in attaining advanced degrees, careers, and positions of leadership in STEM. Their mission is to promote professional development, scientific understanding and higher education within underrepresented minorities in the sciences at the undergraduate, graduate and post-doctoral levels.

The University of Utah SACNAS Chapter is dedicated to fostering the success of underrepresented undergraduate students, graduate students and post-docs on campus to pursue advanced degrees, careers, and positions of leadership in science.

Soup & Tutoring is held every first Tuesday of the month in the American Indian Resource Center (AIRC). This event not only provides delicious soup, but the opportunity to receive tutoring for any subject with which you might need a little extra help. Tutors range from graduate students, primarily in the stem fields, to professors.

In partnership with the Office of Health Equity & Inclusion, the American Indian Resource Center hosts year-end ceremony celebrating the Native graduates of each academic year.

The University of Utah’s Inter-Tribal Student Association hosts the Pow Wow at the U annually. This event is an opportunity for tribal members throughout the Intermountain West and others to meet to honor the cultural and religious practices of the American Indian community. The ceremonial Grand Entry is a cultural and spiritual tradition where a parade of participants enters the dance circle hosted by northern and southern drummers.

At the beginning of each Fall Semester, the American Indian Resource Center hosts Blessing the Journey, where a student may receive a blessing from an elder. This event connects individuals to people, resources, and support services in one place.

The American Indian Woman Scholar serves as representative of Native students at the University of Utah and surrounding communities. A new ambassador is chosen annually and contributes to community outreach.

The College of Education at the University of Utah is dedicated to creating pathways for American Indians that lead to educational excellence in a variety of education fields. Four departments and the Urban Institute for Teacher Education offer preparation for teachers, leaders, counselors, and educational researchers – as well as an annual lecture series.

The Utes have a tribal membership of 2,970 and over half of its membership lives on the Reservation. They operate their own tribal government and oversee approximately 1.3 million acres of trust land. The Utes also operate several businesses including a Super Market, Gas Stations, Bowling Alley, Tribal Feedlot, Uinta River Technologies, Ute Tribal Enterprises LLC and Water Systems. Cattle raising and mining of oil and natural gas is big business on the reservation. Water Systems manager provides water and sewer needs for several communities.

The Ute Mountain Ute Tribe is one of the tribes of the Ute Nation. Their reservation is located in southwest Colorado, southeast Utah, and northern New Mexico. The two communities on the reservation are at the tribal headquarters in Towaoc, Colorado and in White Mesa, Utah.

The Confederated Tribes of Goshute is one of the two bands of the Goshute Nation, the other being the Skull Valley Band. They are located southeast of Wendover, near the Deep Creek Mountains, and their 112,870 acre reservation, the Deep Creek Reservation, is in White Pine County, Nevada, and Juab and Tooele counties in Utah. The membership of the Confederated Tribes is around 400. They are one of the Shoshonean (Numic) speaking groups of the Intermountain West.

The Skull Valley Band of Goshutes is a sovereign federally recognized tribe located inTooele county, Utah established in October 1863. It is one of the two bands of the Goshute Nation, the other being the Confederated Tribes of the Goshute. The band has a reservation of 17,920 acres in Tooele County, at Skull Valley, Utah, and their membership is 127.

The Paiute Indian Tribe of Utah, or “PITU” as it is often called, was created on April 3, 1980 by an act of Congress (25 U.S.C. § 761). The Tribe consists of five constituent bands: Cedar, Indian Peaks, Kanosh, Koosharem, and Shivwits. These five Bands have independent identities as communities that date back hundreds of years.

Their reservation is in southwestern Utah, with various areas in different counties. The Cedar, Indian Peaks, and Paiute Indian bands live on 2,922 acres in Iron County; the Kanosh Band live on 1,342 acres in Millard County; the Koosharem Band have 1,274 acres in Sevier County; and the Shivwits Band have 28, 229 acres, the largest area, in Washington County. Their tribal membership is currently around 800, although their numbers were in the thousands in the past.

The San Juan Southern Paiute Tribe was federally recognized in 1990, but has lived for centuries east of the Grand Canyon, between the San Juan and Colorado Rivers. It is one of the smallest tribes in Arizona, with membership around 300, and it is included as part of the Navajo Nation land. The tribe lives in communities in Northern Arizona, the largest in Willow Springs, near Tuba City, and in Paiute Canyon near the Arizona-Utah border.

In 1907, their land in southern Utah was proclaimed as the Paiute Strip Reservation. However, in 1922 it was integrated into Navajo land and they lost their land base. Although their land is included in the Navajo Nation, their language and culture is distinct from the Navajo.

The Navajo nation covers land in Utah, Arizona and New Mexico, totaling more than 27,000 square miles. Their population exceeds 250,000, a majority of whom live within the nation’s borders. Their government is the largest among sovereign tribal nations, having 88 council delegates representing 110 chapters.

The Northwestern Band of Shoshone live in southern Idaho and northern Utah, covering land in Blackfoot, Idaho and Bingham County in Idaho, and Brigham City, Utah, and Box Elder County in Utah. Their headquarters are in Brigham City, Utah, but they also have a tribal office in Pocatello, Idaho. They became a federally recognized tribe in 1987.

The American Indian Graduate Center provides financial support for American Indians and Alaska Natives seeking higher education, and support them in attaining undergraduate, graduate, and professional degrees. They partner with Tribes, the federal government, foundations, corporations, and individuals to ensure the growth and sustainability of scholarships.

The Navajo Nation Teacher Education Consortium originated from the Navajo Teacher Initiative developed in 1992 to improve the quality of Navajo education through the recruitment and training of prospective Navajo educators. At that time, President Peterson Zah sought the sponsorship and funding of the Ford Foundation and set a goal to educate 1,000 Navajo teachers in 5 years. Now, 25 years later, the initiative is being redesigned to establish a Resource Center for Navajo educators and includes a recruitment pipeline.

The Commission on State Indian Affairs was created in 1953 when the Utah State Legislature passed the “Indian Affairs Act.” The first director for the commission was hired in 1956. The commission was restructured in 1999 as the Division of Indian Affairs. It is currently staffed by the Director, Program Manager, and Administrative Assistant. It is part of the Department of Heritage & Arts.

The American Indian/Alaska Native Initiatives is located in the Division of Family Health & Preparedness, Director’s Office at the Highland Drive Building, Salt Lake City, UT. It is staffed by the Indian Health Liaison ( mzito@utah.gov ) or 801-273-6644. The mission of the initiative is to raise the health status of Utah’s American Indian/Alaska Native (AI/AN) population to that of Utah’s general population. 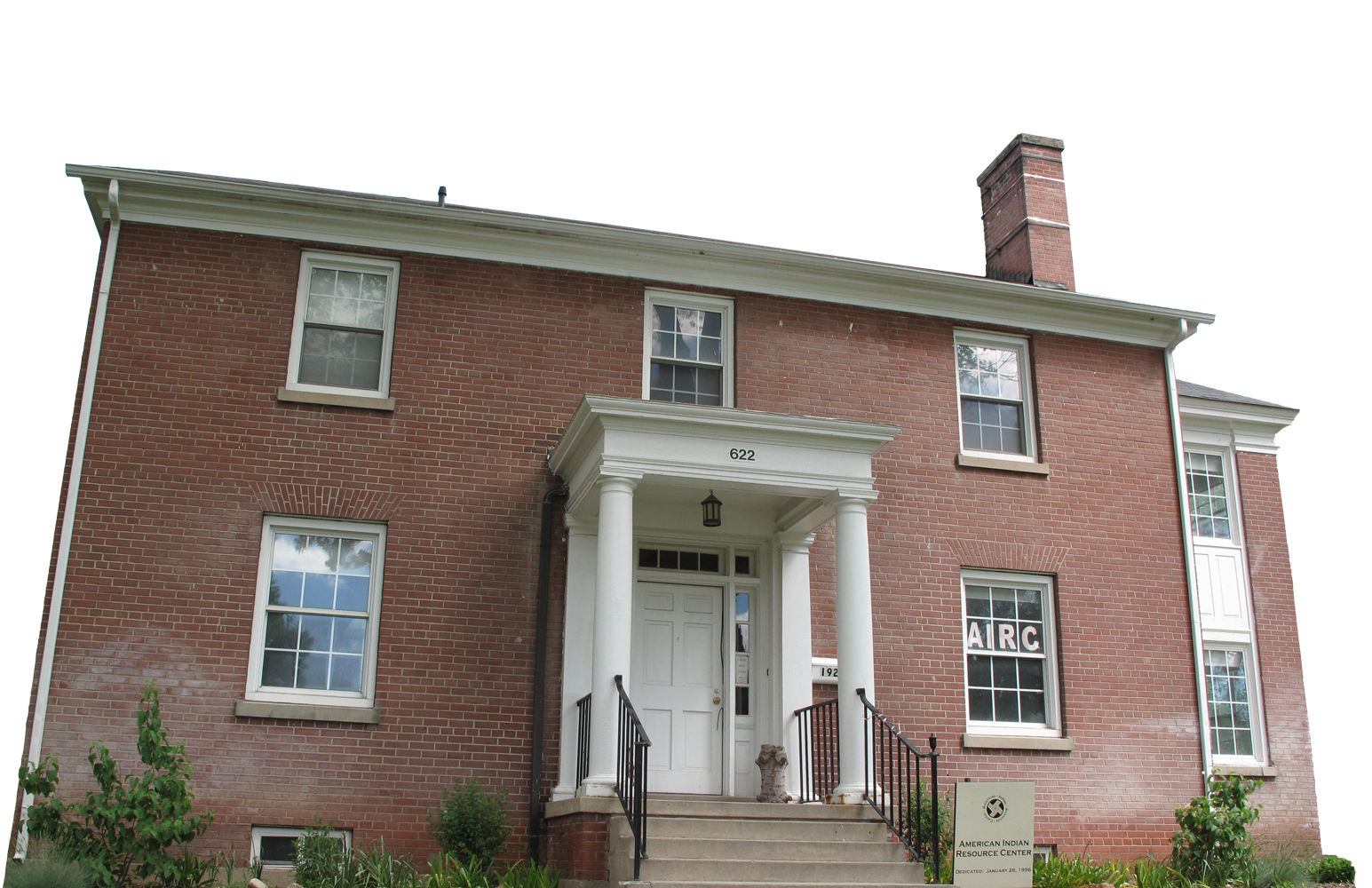